At 9-0 Malvern checks in at No. 5 in the latest PhillyVoice High School Top 10 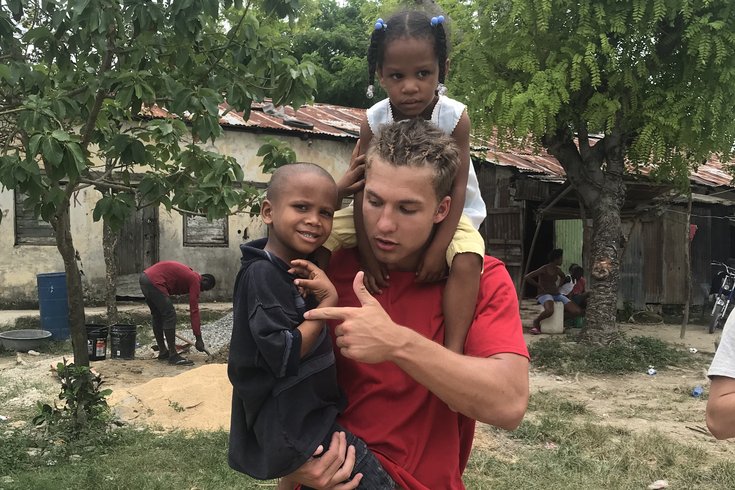 Malvern Prep's Keith Maguire during his trip to the Dominican Republic.

To the tiny Haitian kids, Keith Maguire was a superhero. A real-life ‘Hulk,’ minus the green skin and the jutting jaw. A larger-than-believable figure they were able to climb like a small mountain who was able to lift them to the skies — as well as move large chunks of land to make life a little better for them.

At Malvern Prep, and in real life, Maguire is pretty much a superhero. The 6-foot-2, 215-pound senior linebacker/tailback who’s headed to No. 2-ranked Clemson, where’s he’s projected to be an outside linebacker, has the Friars 9-0 and on their way to their third-straight Inter-Academic League title and second-straight outright Inter-Ac crown.

As a tailback, Maguire, who lives in Newtown Square, has a team-high nine touchdowns on 52 touches, although two of his touchdowns have come on two of his four interceptions.

The problem is Malvern Prep plays in the prestigious Inter-Ac, comprised of high-end academic schools that do not allow their teams to play in the Pennsylvania Interscholastic Athletic Association, or the PIAA, the governing body of all high school sports in the state.

The shame of it is that the Friars would certainly be a prime candidate to be 5A state champions. Malvern, and its terrific players like Maguire, won’t get the chance.

“We try to do as much as we can to play prime teams outside of the Inter-Ac, but I look at Malvern as a team this year that could beat the best of the best this year,” Maguire said. “I want our team to get the respect that I feel we deserve. Our coaches and our team worked real hard for where we are. I definitely think we can compete with anyone.

“It’s frustrating that we can’t get that shot.” 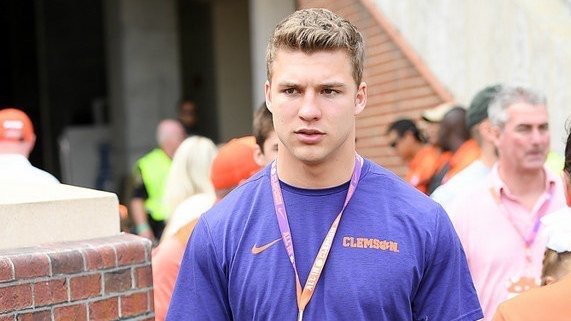 There was, however, one huge rewarding measure for Maguire that came even before he stepped on the field this season. From June 8-18, Maguire took a trip to the Dominican Republic through the Rustic Pathways Foundation, a 501(c)(3) organization created in 2006 whose mission statement is to “empower students through innovative and responsible travel experiences to positively impact lives and communities around the world.”

Maguire could have gone an easier route for his Malvern Prep community service and been a local youth flag football coach. Instead, he opted to help entrapped Haitian refugees in villages with no power and no running water by building concrete floors and outhouses, spending the last five days digging trenches on mountain sides to lay water piping.

It was brutal, gratifying work.

“It was great seeing their faces once they got the running water,” Maguire said. “It was eye-opening, because you see pictures of places like that, you hear about it, these immigrants living in tin shacks and making basically nothing. They pretty make work as slaves in the sugar fields and seeing it firsthand, and it was crazy being a first-person witness it.

“But I got a chance to do something about it. I saw the impact we had just being there for 10 days. I want to go back. I’m sure Clemson does stuff like that and I would love to get back somewhere like that to help people who need it. We do take so many things that we have in this country for granted. We made a real difference, and just putting in a floor may have prevented someone getting a disease.

“The little kids were the greatest. They were all over us. They wanted us to lift them up on our shoulders. It was a ton of fun playing with them. It was a little sad when I left. You feel bad to them. To me, it was a gift. It made me more mindful what’s really going on around the world and how people in these third-world countries are trapped and can’t really provide for their families. The DR basically takes the paperwork from these people and makes them slaves. I tried to do my part making their life a little easier.”

Maguire, who is one of five, has freakish athleticism. It’s in his blood. Check out Maguire’s one-handed catch against Haverford School last season that was No. 2 ESPN’s Top 10 plays on Oct. 27, 2017 and you’ll see why Clemson coach Dabo Swinney was anxious to come to Philadelphia to get him.

Maguire’s paternal Uncle Kevin was a former St. James star in the early-1990s. Keith’s speed may come from mom, whose brothers were 1980’s Ridley stars Fran and Joe Naselli.

“Keith’s awesome,” Malvern Prep coach Dave Gueriera said. “He’s a great leader, and in my opinion, Keith is the best two-way player in the state. He’s someone who thinks about other people before he thinks about himself, and that comes from his parents, and it’s why Keith did what he did over the summer. Making that trip to the Dominican Republic is typical for him.

“Keith’s been nominated for Gatorade Player of the Year in Pennsylvania. But there could be some bigger things ahead for him. He has the pedigree and the makeup. He just has to attack Clemson like he attacked Malvern. We make men at Malvern and Keith is leaving a young man. It’s frustrating not competing in the state playoffs, but when you leave Malvern Prep, you leave as a man. Keith personifies the Malvern message of sacrificing for the greater good.”

District One 4A playoffs

Championship game is Friday, Nov. 9, hosted by the higher-seeded team

Championship game is Friday, Nov. 9, hosted by the higher-seeded team

District One 1a D1/D2 Playoffs