PhillyVoice's 'This Week in Philly' Quizzo round (April 23-29) 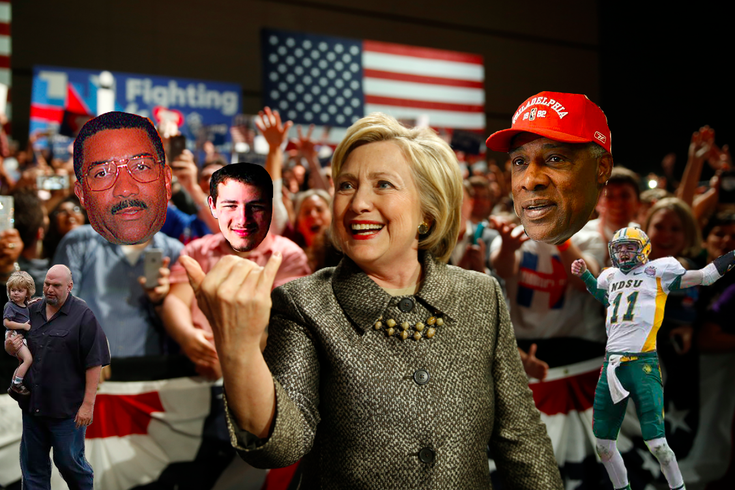 Matt Rourke of AP Photo/Photoshop by Brian Hickey of PhillyVoice

Photo of Democratic presidential candidate Hillary Clinton moving to the stage at her presidential primary election night rally, Tuesday, April 26, 2016, in Philadelphia photoshopped to add hints for this week's PhillyVoice Quizzo round.

So with no further ado, here are 10 questions about the people, places, events and more that made the last week of April 2016 special.

1. What was Hillary Clinton’s margin of victory over Bernie Sanders within the city of Philadelphia during Tuesday night’s primary (in percentage form)?

3. How many days did it take Delco’s George Pagano and partner Caitlin Miller to row 2,747 nautical miles across the Atlantic Ocean from the Canary Islands (off the coast of Africa) to Antigua?

4. Sisters Wanda and Werfy Fernandez were fired from jobs with the Camden County (New Jersey) Board of Social Services for reportedly racking up how many dollars in international phone charges to the Dominican Republic?

5. The U.S. attorney general and secretary of the Department of Housing and Urban Development visited the city this week to help kick off National Reentry Week. What are their names?

6. Triple-amputee Jose Martinez; 9-year-old Tatyana “Tuffy” Rivera, who has epilepsy; and her father, Ricardo, have teamed up to champion what issue germane to ongoing discussions across America?

7. Philadelphia’s first-ever African-American police commissioner died this week at the age of 72. What was his name?

8. How many new jobs did Amazon announce it would bring to two “fulfillment centers” in New Jersey?

9. What food/product did candymaker Hershey Co. announce it would start making?

10. The Eagles selected quarterback Carson Wentz with the No. 2 pick in Thursday night’s NFL Draft. Who did they select in the first round of the 2015 draft?

Bonus Question (Who said this quote of the week a day after the Pennsylvania primary?): "Bernie Sanders has a message that's interesting. I'm going to be taking a lot of things Bernie said. When he said, 'Bad judgment,' I said, 'Sound bite!'" 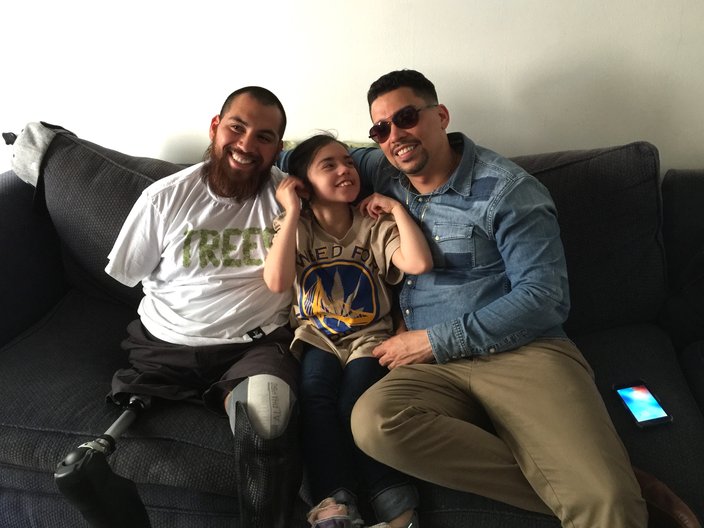 Jose Martinez (left) fights for medical marijuana laws for people like South Jersey's Tuffy and Ricardo Rivera. Tuffy has an extreme form of epilepsy that led doctors to say she would die before she turned 9. Her 10th birthday is approaching.

1. 25.65 percent with 98 percent of the vote counted, per phillyelectionresults.com