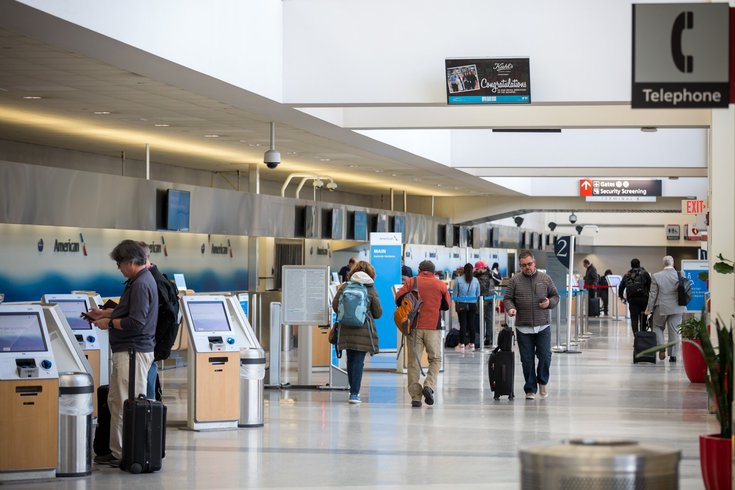 The CEO's of Philadelphia International Airport and London's Heathrow Airport signed a joint letter to the U.S. and U.K. governments to ease travel restrictions and bolster the post-pandemic travel industry.

The CEO's from Philadelphia International Airport and London's Heathrow Airport signed an agreement Tuesday urging the United States and United Kingdom to ease travel restrictions between the two countries.

Since the start of the pandemic in March 2020, the United States has barred almost all non-U.S. citizens coming in from the U.K.. The U.K. requires U.S. travelers to quarantine for 10 days and take two COVID-19 tests.

The airports sent the letter to President Joe Biden and Prime Minister Boris Johnson this week, arguing vaccinations have expanded enough in both countries for safer transatlantic travel.

"We have been working closely with PHL over the past six months - exchanging information and best practice supporting the delivery of a safe and secure environment for our passengers," said LHR CEO John Holland-Kaye. "We wanted to take this engagement a step further by signing an MoU as we work hard to bring back a safe and meaningful restart of travel between the U.K. and U.S."

Heathrow is PHL's busiest transatlantic route. There are more than 2,200 annual flights and 445,000 on-boarded passengers between the two airports, according to PHL CEO Chellie Cameron.

They penned a Memorandum of Understanding, which creates a framework to help the route between the two countries recover after the COVID-19 pandemic.

This news comes as the CEO's of American and British airlines — which includes American Airlines, Delta Air Lines, United Airlines, British Airways, Virgin Atlantic and JetBlue Airways — sent a joint letter to the transportation chiefs of both countries.

"The airline industry needs adequate lead time to establish a plan for restarting air services, including scheduling aircraft and crews for these routes as well as for marketing and selling tickets," the letter read.

Last week, the U.K. released a list of countries and light travel rules that range from red with the most restrictions to amber with some restrictions and green with no restrictions. They are set to begin May 17, though officials said it will be reviewed every three weeks.

The United States was listed as an amber country, requiring travelers to quarantine for 10 days and undergo COVID-19 tests upon arrival.

Heathrow last week called for a "significant expansion" of the green light countries, including the U.S., in the next three weeks. The airport lost 6.2 million passengers in April, down 92.1% compared to pre-pandemic figures.

"The government’s green list is very welcome, but they need to expand it massively in the next few weeks to include other low risk markets such as the United States, and remove the need for fully vaccinated passengers to take two expensive PCR tests," Holland-Kaye said.