The bumps are actually bone spurs caused by excessive time spent looking down at mobile devices; but the study is now facing backlash 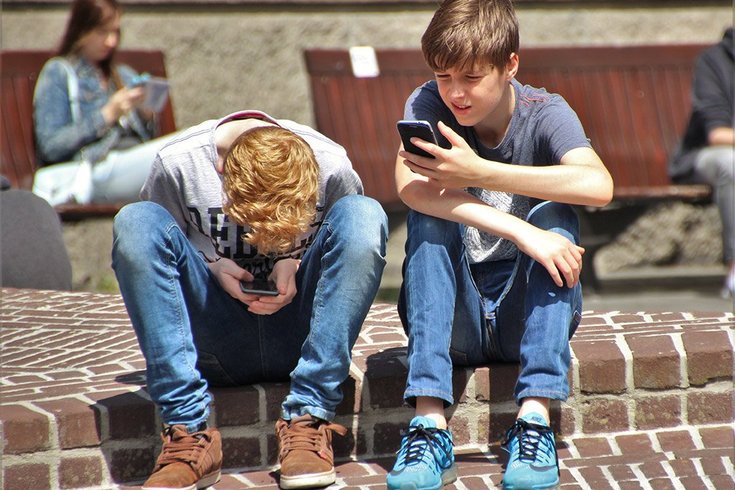 Scientists have discovered that modern technology is impacting our actual physical form — and it might even be changing our bones.

Two Australian researchers have discovered that young people are developing horn-like spikes on the back of their skulls due to extended periods of time spent looking down at mobile devices, like phones.

Look first at the research and the results that were published. After examining head X-rays from hundreds of people ages 18 to 30 years old, professors David Shahar and Mark Sayers at the University of the Sunshine Coast in Queensland in Australia found one in four had developed bone growths on the backs of their heads. Shahar and Sayers' research went widely ignored until a BBC article this week called attention to the strange phenomenon.

The researchers believe the horns – more accurately bone spurs – are caused by tilting one's head forward for excessively long periods of time. As we lean forward to read what's on the small screen of our smartphones, the shifting weight from our skulls is directed away from the spine and onto the muscles at the back of the head.

MRI scans ruled out the possibility of genetics or injury causing the horn-like spikes. The most substantial growths were about just less than 1 1/4 inches long, Shahar told BBC.

Similarly, doctors are classifying chronic pain from this as "text neck," or a repetitive stress on the neck caused by holding your head in a forward and downward position for excessive periods of time. This kind of deformation and pain is typically found in older people from long-term stress on the skeleton. But Shahar said the research proves this habit of bad posture from using cell phones can actually speed up the progression in young people.

Once they grow, the horns will not go away on their own, but they aren't harmful to one's health either, the research said.

The research about the cellphone horns originated in a study published in 2018, but really began get attention in 2019 after being mentioned in a BBC story about how modern life is transforming the human body that was published on June 13. As momentum built behind sensational headlines about people's children growing horns, other researchers not involved in the study started to question its findings.

The "horn head" story is based upon a 2018 @SciReports research paper that has NO TABLE OF RESULTS. https://t.co/CRIJMaK2Wv It does include one figure that appears to show age-related changes, but that figure is clearly incorrect because it conflicts with the text.

The issues flagged by these experts include the makeup of the sample population upon which the cellphone horn research is based; that the anthropological study of such skull protuberances predate cellphones; and the authors of the research did not measure their subjects cellphone usage at all.