On Sundays, the beer garden will pay tribute to the 50th anniversary of Woodstock with live music 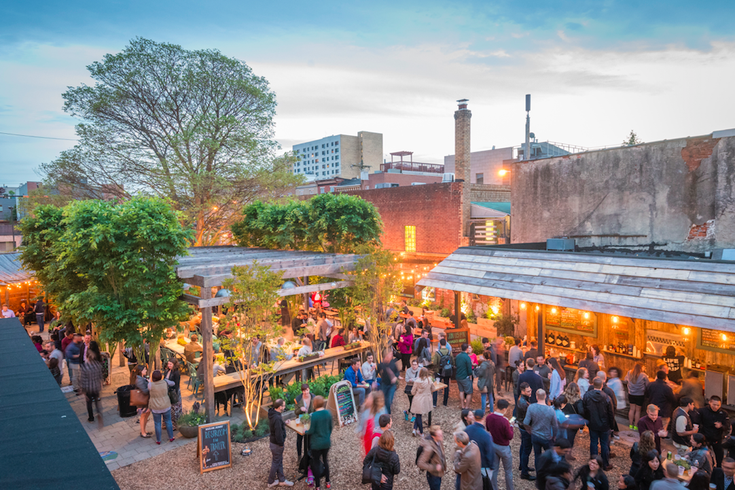 The beer garden on South Street will be open through October 2019. Hours of operation are Monday through Thursday 5-10 p.m., Friday and Saturday 2 pm to midnight and Sunday noon to 10 pm.

The Pennsylvania Horticultural Society's pop-up beer garden on South Street will re-open for the 2019 season on Thursday, and a party to celebrate with drink specials, giveaways and live music is planned for Saturday.

New signature drinks and food from David Frank and Stephen Simons, the owners of Khyber Pass Pub, Cantina Dos Segundos, Royal Tavern, Cantina Los Caballitos and Triangle Tavern, will be served in the garden this year.

According to PHS, 2019 menu highlights include:

A selection of craft beers, non-alcoholic beverages and other cocktails and food will be available, too. View the full menu here. 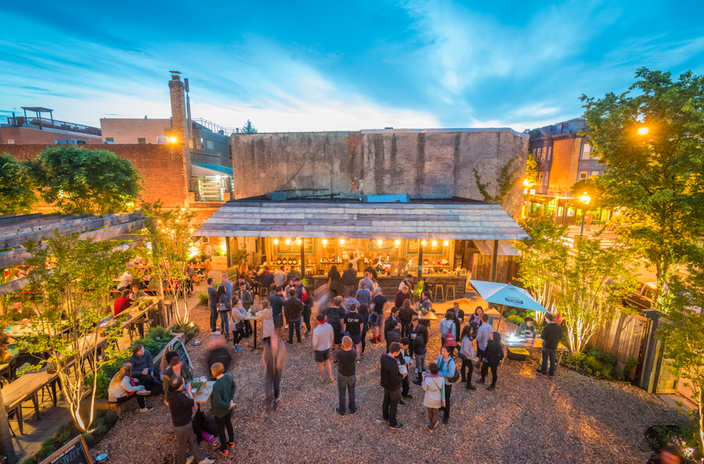 The PHS beer garden on South Street will open for 2019 season on Thursday, April 18.

Also new this year, as a special tribute to the 50th anniversary of Woodstock, DJ Robert Drake from WXPN will celebrate different musical eras during his Sunday sets.

The garden will have a Summer of Love vibe for 2019, according to PHS, and will be filled with lush, meadow-like plantings.

Other programs and events – there are things like flower crown making workshops and plant exchanges – will be posted online once the garden officially opens.

Families and pets are welcome at the garden, which can be visited through October.