Dogs seem to be spreading the infection to humans 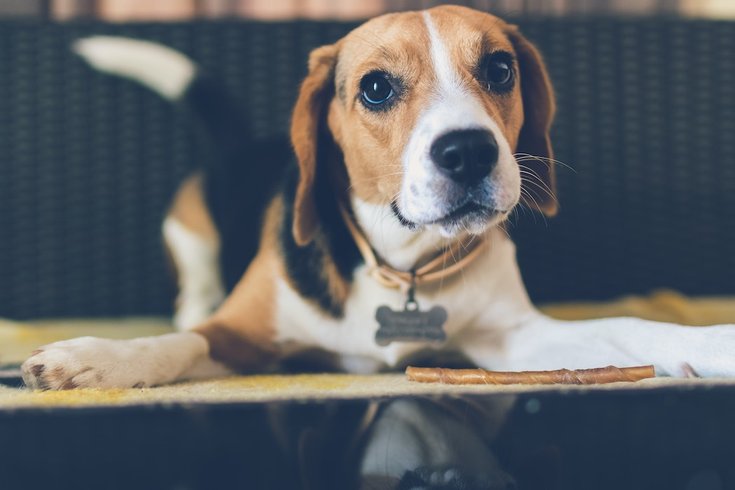 Dogs are likely spreading the infection to humans.

Your dog’s favorite treat may have the potential to make your entire household sick.

The U.S. Centers for Disease Control and Prevention (CDC) and the Food and Drug Administration are investigating a multi-state outbreak of a drug-resistant strain of salmonella tied to pig ear dog treats, the agencies announced Wednesday. Because of this resistance, the illness is difficult to treat.

A total of 45 people have been infected in the outbreak in 13 states, including Pennsylvania. Of those individuals, 12 have been hospitalized, but no deaths have been reported, per the CDC.

Officials did test some pig ears for salmonella, and while the strain related to this outbreak was not identified, other strains were, the CDC reports.

Additionally, a common supplier of the pig ear treats in this outbreak has not been identified.

The CDC recommends that dog-owners and dog-lovers always wash their hand thoroughly after handling pet food and pig ears, store pet food away from where human food is stored and prepared, don’t let dogs lick your mouth or face after eating and don’t let them lick any open wounds.

Dogs with salmonella may not always look sick, the CDC notes, but typically have diarrhea that may contain blood or mucus. They might also seem fatigued, have a fever or vomit, the CDC adds.