Thousands of piglets spill onto Ohio highway after truck overturns 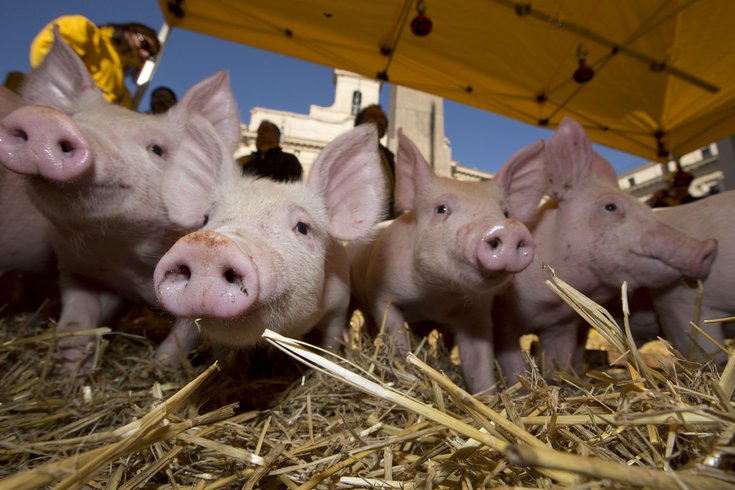 An accident or a great escape?

About 2,000 piglets on their way to a slaughter farm made a run for it Monday after the truck carrying them overturned on a highway near Xenia, Ohio, according to The Huffington Post.

Police, firefighters and volunteers spent several hours chasing after the baby pigs, many of which darted into the woods and were still running free as of Tuesday.

Several hundred piglets were killed in the accident, and some will have to be euthanized, according to The Huffington Post.

Assisting Xenia Twp with Accident on US 35 - 2200 piglets on board ....crews are chasing piglets all over the scene. pic.twitter.com/2JwIQaiUzv

Emergency crews in Greene County are trying to get the pigs to water! pic.twitter.com/00XzakjnIJ