Podcast: Recapping the Eagles' win over the Cowboys, and my daughter makes playoff predictions 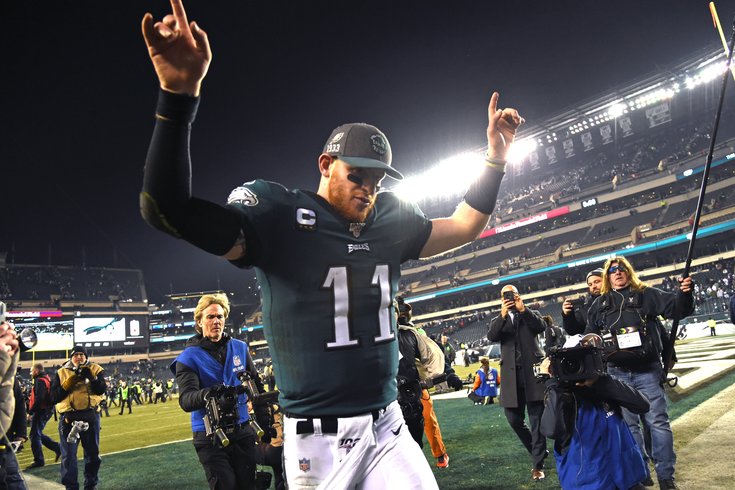 Carson Wentz is excited that my daughter is on the pod.

The Eagles have won three straight games, people like Carson Wentz again, and the Cowboys' season is on the brink of destruction. For most Philadelphians, it's a fine holiday season, indeed. So let's talk about it.

Brandon Lee Gowton and I recapped the Eagles' win over Dallas, and my daughter made a few Birds predictions, in BGN Radio episode No. 97.5. (We'll have another shorter pod later this week to preview Eagles-Giants.)

Exclusive interview with my daughter

• Short recap of her past predictions

• Who does she think the Eagles will play in the first round of the Vikings, 49ers, and Seahawks, and why?

• Who will win that game?

• Third straight win in which Wentz played well in the 4th quarter.

• Slow, plodding offense sustainable after all?

• The defense shut down Zeke, though they were a little lucky on the back end with Dak Prescott being inaccurate, and the Cowboys' receivers dropping passes like Agholor.

• The Cowboys’ issues going forward: Jason Garrett soon to be fired, new head coach search, Dak/Amari contract stand-offs. You know, assuming they're done, which we probably shouldn't be doing yet.