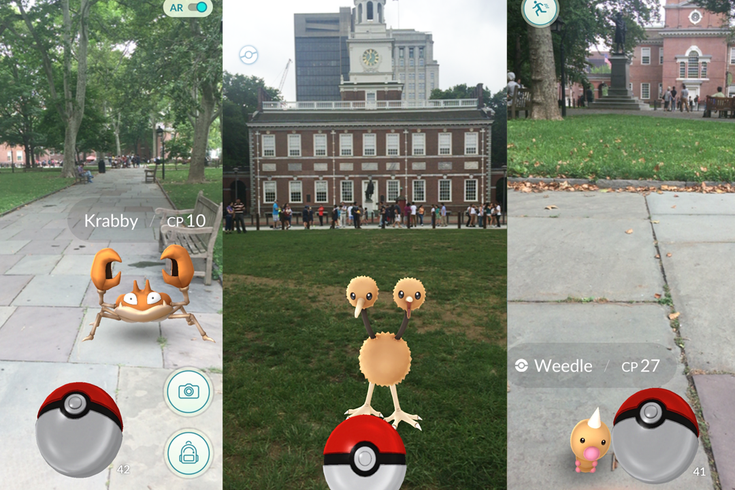 Pokemon in our midst.

Pokemon GO players who come out to the Philly Free Streets event next month will have an opportunity to "catch 'em all" from Fairhill to Old City and maybe even when a prize.

Residents can play Pokemon GO, the popular augmented reality game on mobile devices, during the Oct. 28 event, when a seven-mile stretch of streets will be closed to vehicular traffic.

RELATED: Here are the details for the next Philly Free Streets event

Gamers who visit each of the PokeStops along the route – which stretches from El Centro de Oro in Fairhill to Independence National Historical Park in Old City – will qualify to win a Pokemon GO poster.

A paper passport option will be available for those who'd like to participate but do not have access to a smart phone or the app.

"This initiative uses technology to build on the goal of Philly Free Streets – to encourage people to explore our diverse neighborhoods and connect with their city and each other," said Patrick Morgan, the Knight Foundation's Philadelphia program director.

The 2017 Philly Free Streets event is the second of its kind, having been inspired by the open streets that organically occurred during the 2015 papal visit.

This year, the event will occur from 8 a.m. to 1 p.m. along a northbound stretch running from Third and Chestnut streets in Old City to Fifth and Indiana streets in Fairhill.