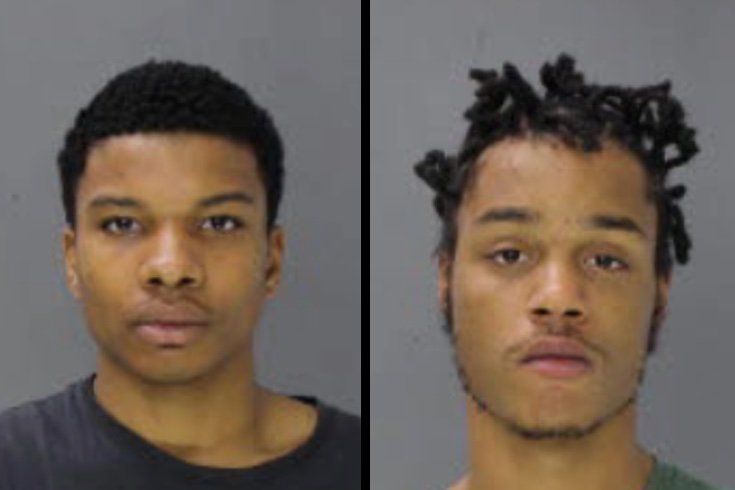 Quincy Evans, 21, of Philadelphia, and Rashon Izeem Singleton-Saunders, 23, of Jenkintown.

Two robbers are under arrest Tuesday for attacking a pizza deliveryman after a fake order in Montgomery County, police said.

The Abington Township Police Department announced that Quincy Evans, 21, of Philadelphia and Rashon Izeem Singleton-Saunders, 23, of Jenkintown, were charged with robbery, assault and other related offenses.

The robbery occurred Monday around 11:05 p.m. at the Madison Manor Apartments located on the 1800 block of Jenkintown Road in Jenkintown.

Police said a Domino's Pizza employee was delivering an order to an apartment, but the residents denied placing an order. As the deliveryman returned to his vehicle, two men approached him.

One of the suspects pushed the deliveryman while the other pushed an object to his head claiming it was a gun. The victim grabbed the barrel of the gun and a physical altercation ensued. Eventually, the suspects began punching the deliveryman before fleeing with an undisclosed amount of cash and the order of food.

Around 12:45 a.m., an officer stopped two men who matched the description of the suspects. They were arrested after an investigation. The weapon they used was a BB gun.

The victim sustained bruises and lacerations, but did not need to be hospitalized.