The victim, 38, of West Philadelphia, was crossing Woodland Avenue 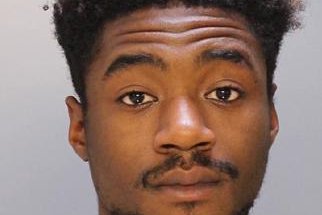 Malachi Armstrong, 23, has been arrested and charged with homicide by vehicle and related offenses after he allegedly struck and killed a pedestrian in an incident in Southwest Philadelphia on Monday, Nov. 16.

Philadelphia police have announced that they have arrested the man they believe is responsible for a fatal crash that occurred on Monday at 54th Street and Woodland Avenue in Southwest Philadelphia.

According to police, 23-year-old Malachi Armstrong, who law enforcement officials have said is homeless, has been charged with operating the vehicle that struck and killed Miriam Wilson, 38, of the 5200 block of Master Street, at approximately 9:10 a.m. Monday.

Police said Armstrong was driving a 2015 Nissan Altima eastbound on Woodland Avenue at the intersection of 54th Street when he attempted to pass a SEPTA trolley on the right side. According to police, the trolley was stopped and was waiting for passengers to exit.

Law enforcement officials said they believe that Armstrong's car was traveling at a high rate of speed and allegedly ran a red light when it struck Wilson, who was crossing Woodland Avenue northbound in the crosswalk and was trying to catch the trolley.

The car then lost control, police said, and crossed over to the westbound lanes of Woodland Avenue, where it struck a vehicle that was coming in the opposite direction.

Wilson was pronounced dead at the scene. Nobody else was injured in the incident.

Law enforcement officials said when police confronted Armstrong after the incident, he smelled like marijuana. He has been arrested and charged with involuntary manslaughter, homicide by vehicle, homicide by vehicle while driving under the influence, simple assault and related offenses.