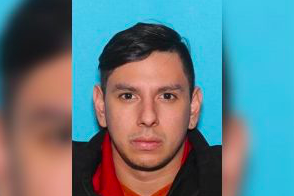 Philadelphia police are seeking help from the public to identify two suspects who allegedly abducted a local business owner earlier this month, taking a ransom payment from the man's wife without returning him to safety.

Authorities said the kidnapping took place June 19 at a building on the 2000 block of North Orkney Street in North Philadelphia.

Luis Alejandro Chueder Ramon, a 27-year-old landlord who owns a construction company and a bar in Bucks County, had planned to meet with two men he believed were potential tenants, police said.

When Ramon's wife didn't hear from him after the meeting, she received several phone calls from unidentified men who said her husband had been kidnapped. She was told she had to pay an undisclosed sum and not call police in order to protect Ramon from further danger.

On June 21, Ramon's wife arrived at a pre-arranged location on the 2300 block of Oregon Avenue, said Special Victims Unit Captain Mark Burgmann. She delivered the ransom money to an unknown suspect whom she described as a white Latino man with a thin build, a beard and a Colombian accent. She estimated the man was between 40-50 years old.

Several days later, hearing no further word from the kidnappers, police inspected the building on North Orkney Street and discovered signs of a bloody struggle.

On Thursday afternoon, investigators released surveillance video showing two of six potential suspects linked to the abduction. Three vehicles — a blue Lincoln Navigator, a blue Volkswagen Passat, and a silver Lexus ES 350 — are believed to be involved in Ramon's kidnapping.

Anyone with information about this incident is asked to contact Philadelphia police at 215-685-3251.