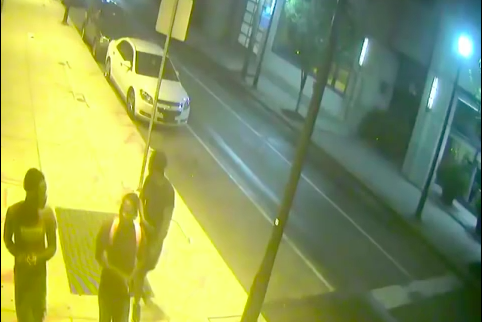 Northeast Detective Division is looking to identify and locate the suspects wanted for multiple taxi cab robberies in Northeast Division.

Philadelphia police are seeking help from the public to identify three suspects in a string of taxi-cab robberies that occurred in the Northeast Division in late August.

The first incident took place on Aug. 23 at 11:25 a.m., when authorities say three suspects hailed a cab around 16th and Sansom streets in Center City. After the suspects were taken to their destination at 1500 Deal street, they allegedly pulled a gun on the 39-year-old driver, who was able to escape unharmed, 6 ABC reports.

The suspects were described as black males between the ages of 17 and 19. The first carried a yellow backpack and was armed with a handgun. The second suspect was described as being around 18 years old with a round face. A third suspect, between 18 and 19 years old, was bearded and wore a gray or black T-shirt.

The following morning, at about 2:10 a.m., three suspects allegedly attempted to rob a 53-year-old female driver with Freedom Cab, who picked them up near 12th and Race Street. The suspects again requested to be taken to the 1500 block of Deal Street, where one of them allegedly pointed a gun at the driver and demanded money. The victim reportedly pushed the gun away, prompting all three suspects to flee and escape through a fence.

On Aug. 26, a third incident was reported after a 50-year-old taxi driver was called to pick up a customer on the 4200 block of Orchard Street at 10:00 a.m. When the driver arrived at the pick-up location, he parked at the empty lot and was approached from behind by two suspects. The driver was hit on the head with a handgun and had his wallet stolen.

The Northeast Detective Division released the following surveillance video to aid in the investigation and search for the suspects.

Anyone with information about these robberies or the offenders is asked to call the Northeast Detective Division at 215-686-3153 or submit a tip to Philadelphia police at 215-686-TIPS (8477).