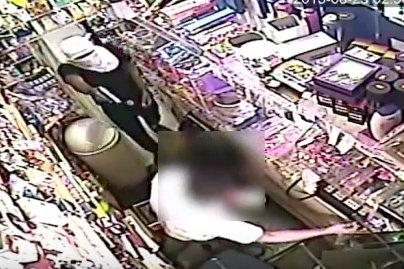 Police are looking to identify and locate the person who robbed the Somerset Deli-Grocery in North Philadelphia.

Philadelphia police are looking to identify and locate a suspect wanted for robbing the Somerset Deli-Grocery in North Philadelphia on Sunday.

Video surveillance shows the suspect arriving at the store, located at 2801 North Ninth Street, around 10:04 a.m., on a bicycle. Upon entering the store, the suspect is seen pointing a handgun at a 53-year-old male clerk and demanding money.

The suspect fled on the bicycle after taking an undetermined amount of money from the cash register.

Throughout the incident, the suspect wore a white cover over his/her face. The suspect, wearing a black T-shirt and dark pants, appeared to have a tattoo on his/her right arm.

No injuries were reported from the incident.