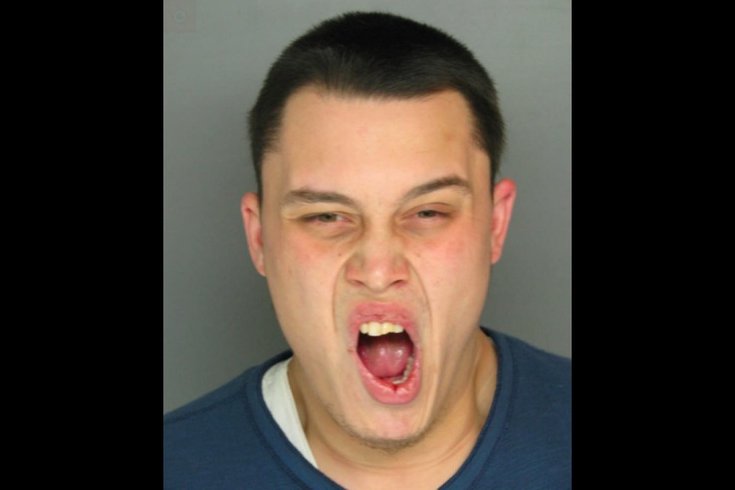 I suppose an allegedly epic crime requires an equally epic wanted photo, and if so, Joseph Diperso does not disappoint.

Joseph Diperso was at the Home Depot on Bristol Pike in Bensalem Saturday when he allegedly picked up some power tools and tried leaving without paying for them.

He was confronted by an off-duty cop in the parking lot. Diperso, 26, allegedly punched the officer and jumped onto the hood of a blue Honda Accord getaway car that was driven by an accomplice, according to police.

The wannabe Duke Boys got away. Police are currently looking for Diperso and are circulating a mug shot of the Philadelphia man, who was identified thanks to attempted thefts in neighboring areas.

In the photo, Diperso appears to be on the verge of a sneeze, or yawning. Let's go with yawning. His alleged crimes sound exhausting.

Anyone with information on Diperso's whereabouts is asked to call police at 215-633-3719.