Police use tear gas to fend off angry N.J. concertgoers 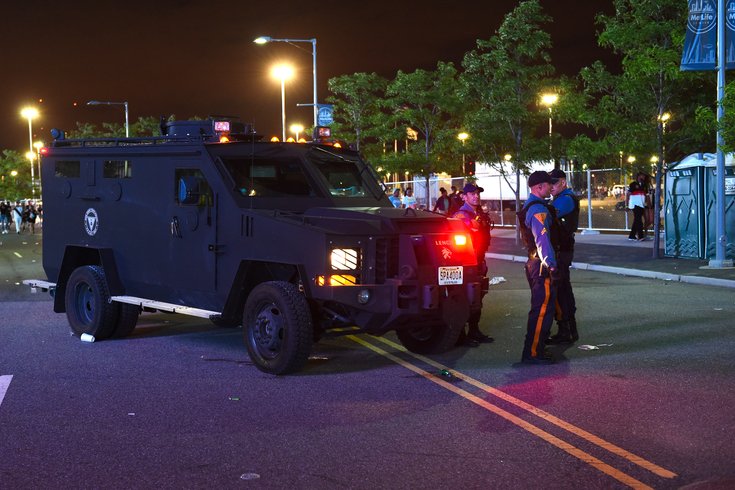 Concertgoers at the Hot 97 Summer Jam at MetLife Stadium in East Rutherford became frustrated after an altercation caused officials to shut the gates to the show around 7 p.m.

People in the crowd began throwing bottles and climbing barriers in response, causing police to take up a "defensive V-shaped position" in front of the stadium gates.

A piercing alarm was activated from an armored state police vehicle to try to disrupt the crowd of about 1,000 people. Police also released several rounds of tear gas into the crowd.

"This evening, security personnel at one of the entrance gates to MetLife Stadium were confronted by crowds attempting to illegally enter the sold out Summer Jam concert by climbing over fences and forcing their way through security personnel," the New Jersey State Police said in a statement on their Facebook page. "There is no number of arrests available at this time."

For those whose Summer Jam tickets were not scanned, refunds will be offered at point of purchase.

The crowd ultimately dispersed about 10 p.m. The concert continued despite the disturbance in the parking lot.