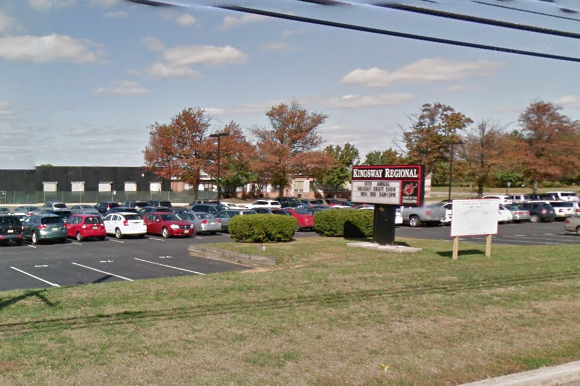 Police are investigating after a threat made against a South Jersey high school was posted online.

Kingsway Regional High School officials said on their website that they contacted authorities after being made aware of the following post seen on social media:

“Good Morning Kingsway Regional High School 10th grade seems fun but not for long. Things are about to take a twisted turn of events now that I’m here.”

After they notified Woolwich Township Police, school officials say that someone responded to the post around 4 p.m. Wednesday with the following:

“…someone’s threatening to shoot up the school.”

School officials did not say what social media site the threat was posted on or when it had been posted. However, a student posted a photo of an Instagram page that had the exact wording of the original threat.

Tyler Hickman, a 16-year-old sophomore at Kingsway, took the photo of the account after he heard kids talking about it at school. He said students were telling their parents about it after seeing the comment.

Woolwich Township Police and the Gloucester County Prosecutor’s Office are working with school officials, who say they are taking the threat very seriously.

While the validity of the threat is being investigated, police increased their presence at the school Wednesday afternoon and said extra patrols would be present at the high school as well as Kingsway Regional Middle School until the issue was resolved.

Anyone with information on the threat is asked to call the Woolwich Twp. Police Department at 856-589-0911.