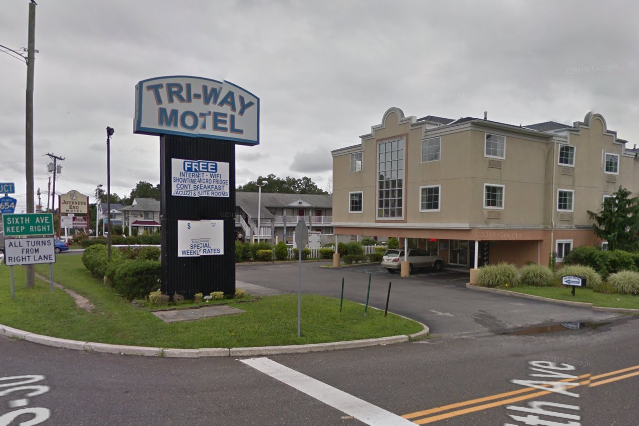 Two men were arrested Sunday in connection with the armed robbery of a South Jersey motel, authorities said.

Matthew Lynch, 26, of Galloway, and Emanuel Heath, 22, of Pleasantville, were apprehended a short time after the incident, which left the owner injured, the Galloway Township Police Department announced.

The incident occurred around 8 a.m. Sunday at the Tri-Way Motel at 248 E. White Horse Pike in Atlantic County.

Police said Lynch and Heath were wearing white masks when they entered the motel's lobby with a rifle and a tire iron. The two are accused of assaulting the owner and stealing undisclosed items before fleeing the area.

The victim sustained non-life threatening injuries and was treated at the scene.

A short time later, responding officers located Lynch, Heath and an unidentified female inside a car about a block away. The vehicle allegedly had a fake license plate and duct tape over all exterior markings.

An officer approached the vehicle and allegedly observed a white mask under the driver's seat. According to police, a search of the vehicle uncovered the stolen items, a tire iron, latex gloves and another mask. A rifle was allegedly found near the vehicle, but it was not loaded.

Both were sent to Atlantic County Justice Facility on $250,000 bail.