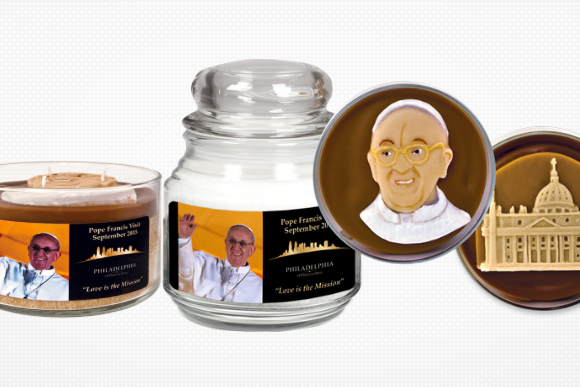 A business in Wilkes-Barre is hoping to sell 1 million of its new Pope Francis candles in honor of the papal visit in September, WNEP reports.

“When we found out the pope was coming, she said that she would probably be working the event and was excited and she said, ‘Dad, why don’t we put a candle together since we carve!'” Scocozzo told WNEP.

The special line features two types of candles: one with an image of the pope's face, the other of the Vatican. All of the candles were hand painted by Lovie Welsch, with molds carved by her husband, Randall.

While the candles smell of spices and some citrus, Scocozzo said they are not meant to be burned.

“They’re collector candles,” he told WNEP. “It’s going to sit on a shelf and it’s going to have the commemorative label on there and it’s never going to be burned.”