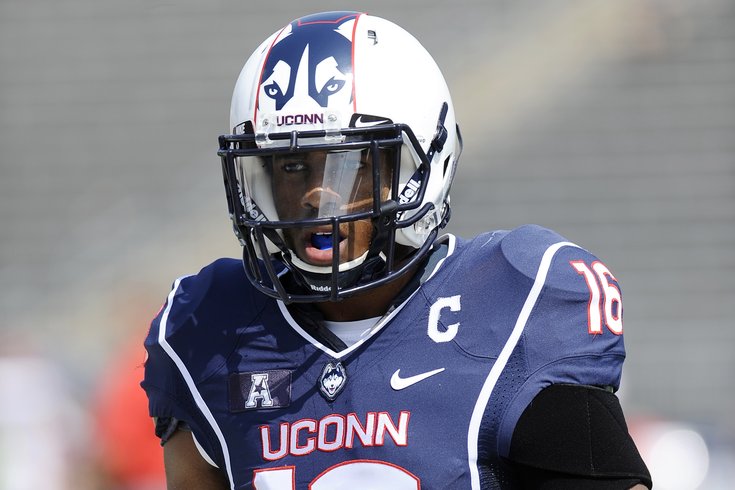 UConn's Byron Jones is a corner who could potentially also play safety.

The strengths of the 2015 draft, according to Chip Kelly's right hand man Ed Marynowitz, are offensive linemen, corners who can double as safeties, and wide receivers.

"I think there are certain positions of strength and weakness," said Marynowitz in his first media session since he was promoted to VP of Player Personnel. "This draft in particular I think especially in the mid rounds, or the 'solid starter' categories as we would call them, there are some guys on the offensive line that I think can help, and can contribute. I think there are some guys in the secondary, some corners that have length and size that are potential safeties. I think there are enough of those guys in this draft at all levels. It's another strong class at wide receiver, as it was last year. I think at all different levels (of the draft), you'll be able to get quality players."

The Eagles' most glaring need areas heading into the draft? OL, CB/S, and WR.

This offseason, the Eagles either released or lost five starters at the positions mentioned by Marynowitz: OG Todd Herremans, CB Cary Williams, CB Bradley Fletcher, S Nate Allen, and WR Jeremy Maclin. Additionally, OG Evan Mathis and CB Brandon Boykin have been rumored to be on the trading block. That may not be just a coincidence.

Marynowitz added that the Eagles would like to retain or add to the eight draft picks they already have, which makes sense considering how their needs align with the position strength in the draft. Obviously, if they were to make a trade up to the top of the draft, that could prove to be difficult.