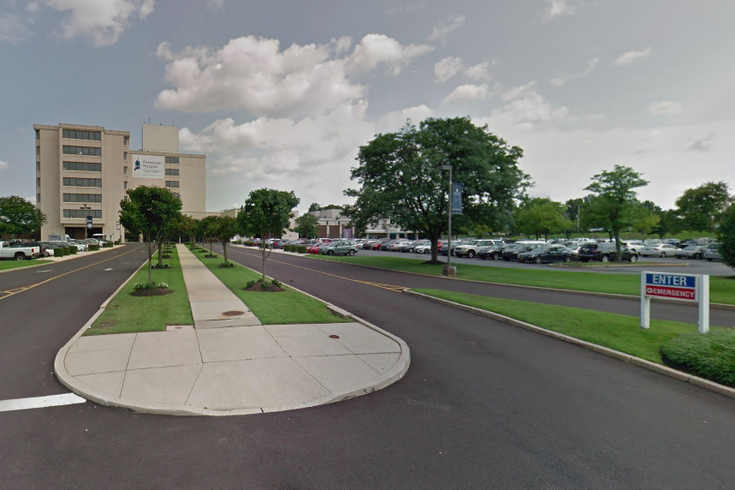 The body of 35-year-old Ramon Morales was dumped outside Pottstown Hospital during the early morning hours of May 7, 2020. Two men are now charged in connection with his death, which was caused by a drug overdose involving fentanyl and cocaine, Montgomery County prosecutors said.

Montgomery County prosecutors have filed charges against two men who allegedly dumped the body of a drug overdose victim on a lawn outside Pottstown Hospital last May, highlighting the growing scourge of fentanyl in the regional supply of illicit drugs.

Joshua Benner, 28, of Telford, and Ronald Shock, 35, of Boyertown, were charged Thursday in connection with the death of 35-year-old Ramon Morales.

On May 7, Pottstown Police responded to the hospital for a report of an unresponsive male whose body was found on a grassy area between the emergency room and the parking lot.

The victim had no identification, cellphone or car keys and his clothes were soaking wet, even though it had not been raining. The victim, later identified as Morales, could not be revived and was pronounced dead at the hospital.

An autopsy determined that Morales died of drug intoxication from cocaine and the synthetic opioid fentanyl, which has increasingly appeared in deadly drug mixtures in recent years.

Hospital surveillance video revealed that Morales was dropped at the hospital around 2:22 a.m. from a Dodge Caliber registered to Benner.

Morales was identified on May 9 after a friend reported him missing from Douglass Township. Authorities there found Morales' work van parked outside Shock's apartment.

Further investigation determined that Benner had traveled to Philadelphia on May 6 to purchase cocaine and a heroin/fentanyl mix stamped "FLINTSTONES," prosecutors said.

On the evening of May 6, Benner allegedly sold those drugs to Shock and Morales, who consumed them at Shock's apartment. Morales is believed to have overdosed around 2:22 a.m.

At no point did Benner or Shock attempt to reach 911 regarding Morales' overdose, according to prosecutors. They allegedly attempted to "wake him up" by putting him in the shower. They also cleaned Shock's apartment to eliminate evidence and disposed of Morales' personal belongings.

A search of Benner's car produced multiple baggies of heroin/fentanyl, including some labeled "FLINTSTONES," prosecutors said. Cocaine and other drugs and paraphernalia also were found.

"Instead of calling 911 to summon medical help for someone who they knew was overdosing, these defendants waited approximately three hours before dumping his body outside of a hospital after it was too late for anyone to help Mr. Morales," Montgomery County District Attorney Kevin Steele said.

"Ramon Morales died from these deadly drugs that were sold to him by a dealer and then their casual disregard for his life caused him to suffer and die right in front of these two defendants while they did nothing. We will seek justice for Mr. Morales."

On Wednesday, the Philadelphia Department of Public Health warned that "fentanyl is in everything," noting a major increase in drug mixtures with methamphetamine and PCP. Officials believe the growing pervasiveness of fentanyl is leading to record numbers of overdose deaths, particularly among individuals without previous exposure to the opioid.

Shock and Benner each were charged with drug delivery resulting in death, conspiracy, possession with intent to deliver, recklessly endangering another person and related offenses.

Shock is being held at the Montgomery County Correctional Facility. Benner was already incarcerated on an unrelated charge.