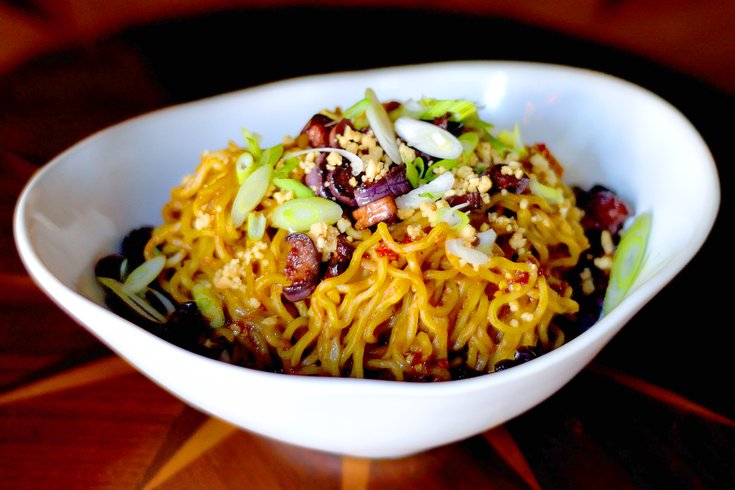 Spicy peanut mole noodles will be one of the dishes available when Primary Plant Based opens. The vegan concept operating out of Khyber Pass Pub in Old City will change up its menu frequently.

The pop-up, called Primary Plant Based, will open on Friday, Nov. 20 out of the kitchen at Khyber Pass Pub in Old City. Only takeout will be available.

Chef McKinney is equally known for his vegan and meat-lover dishes, like his popular Royal Burger at Royal Tavern. As a long-time vegan, he has wanted to do a plant-based concept for several years, according to a press release.

"I know chef Mark is loved in the vegan community, but I expect many of our guests to be vegan-adjacent or veg-curious," said Stephen Simons, co-owner of Primary Plant Based, Royal Boucherie and Royal Sushi & Izakaya. "I'm a meat eater, but at least once or twice a week my family and I like to eat a completely plant-based meal. I think that Primary Plant Based will make this a lot easier for us and others looking for some healthy and delicious dining options."