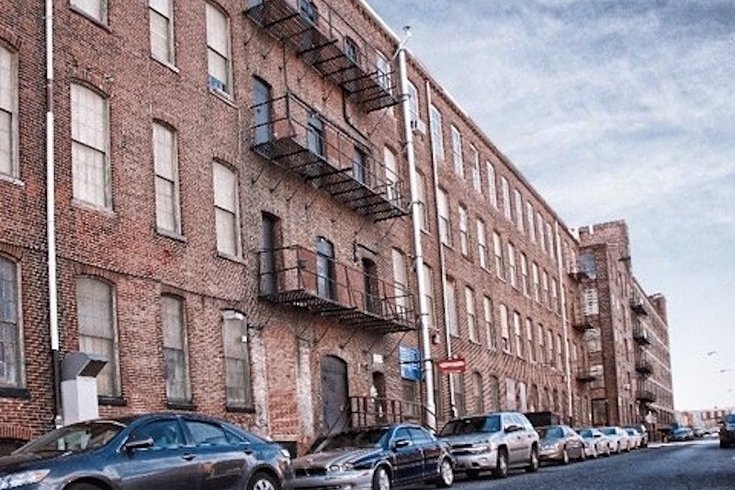 Courtesy of The Loom/for PhillyVoice

The owner of the building where police raided a marijuana 'smoke-easy' party questions whether L&I should have issued a 'cease operations order' that prevents all tenants from entering the building.

Saturday’s high-profile raid of a “smoke-easy” party inside a Frankford warehouse did more than land 22 people in jail. It also left the building owner claiming the city’s Department of Licenses and Inspections (L&I) was overzealous and misguided in issuing a “cease operations order.”

That order came after L&I inspectors returned to the scene on Sunday and “found significant fire hazards throughout the building” along with “additional violations (that) cite the lack of zoning, licensing or certification of occupancy necessary to authorize use of the warehouse for large parties.”

What that means for building owner Chris Dardaris is having “25 tenants with varied allowable uses” who are no longer allowed into their space because of the actions of one tenant who, he said, has been nothing but trouble for him.

In a conversation with PhillyVoice, Dardaris deemed it an overreaction by a city agency still reeling from its failings with the Salvation Army collapse at a time when the tragic Ghost Ship fire in Oakland is fresh in the public’s mind.

“This is the ugly side of what these guys did,” he said. “There are lots of people who work there [at the Frankford warehouse], pay taxes and depend on this space, yet L&I is halting them in a knee-jerk fashion. Policies and regulations work that way. It really sucks.”

For L&I’s part, a spokeswoman said Wednesday that the order was warranted even beyond problems cited with the marijuana party.

She also invited Dardaras to present evidence toward his claim that the Worth Street building recently passed a fire-code inspection.

“None of the tenants are legal,” said L&I’s Karen Goss. “To the extent that he’s concerned about the welfare of his tenants, it would be better if he had zoning and a building permits to have divided up spaces that way, along with a certificate of occupancy.

“In fact, he appealed to subdivide the building several years ago but abandoned that application without doing things that needed to happen.”

AFTERMATH OF A RAID

Supporters of those who were arrested openly wonder why undercover officers would have staked out and attended the party without making sure attendees knew the alleged dangers of the location.

Meanwhile, Dardaris remains adamant in his belief that L&I inspectors overstepped their bounds in shutting down a building that offers space to creative tenants they can’t find elsewhere. He said they could write violations for a tenant illegally using an extension cord if a space only allows for one electrical fixture.

“They’re making it so difficult to operate space. This class of painters, sculptors and others are getting hammered because (L&I rules) are so onerous,” said Dardaris, who started as a real estate developer some 20 years ago after getting an undergraduate degree in fine arts.

He said “pioneers” like him provide adaptive reuse of sites that “germinate neighborhoods.” As for the party that led to this conundrum, he rued his inability to evict tenants who pay their rent despite other issues.

Our sister building got shut down at 4562 Worth, because of the NA Poe party. Call our council person Mark Squilla and protest.

The tenant in question had a lease for a recording studio which specifically prohibits parties or events, Dardaris said.

“Whether I agree with the politics (behind the marijuana controversy), I don’t advocate for not getting a permit for an event,” he noted. “Because of what this guy did, no one can go into the building until who knows when.

“Everybody’s been really understanding and cooperative, but there’s a huge loss of revenue. There’s no easy way out of this situation. Between the public outcry, and the comments from the mayor – I think that’s the right thing, but at the same time, it’s a small part of the fallout. A lot of people really depend on this space for their emotional, mental and economic health.”

He also maintained – and shared records of – a complete fire inspection that L&I accepted two years ago.

“The reality of the situation is that on the cease-operations sticker, they wrote we have no valid fire suppression system or valid fire monitoring. We have both,” he maintained.

As for what’s next, Dardaris said, “We have to sift through the legal components and understand how we can comply. Our goal is to continue to operate and have a safe space for tenants.”

Goss made it clear that the agency stands by its cease-operation order. She also questioned whether Dardaris is wrongfully trying to shift responsibility for code violations in individual units to tenants.

“Under the code, it’s the responsibility of the building owner to maintain the property in a safe fashion,” she said, noting that L&I was only notified after the police raid. “There are violations throughout the building. We’re not in the punishment business. It’s a matter of fire safety. It wasn’t safe there. That’s why we ceased it.

“To the extent that he thinks the violations are improper, if he just shows us that, we’ll close the violations. Part of why I think he can say we ‘overreacted’ is because the chances of something going wrong remained relatively minimal," she said. "In this kind of situation, God forbid something happens like we just saw (in Oakland), it’s low risk with high consequences. We have to be safe.”