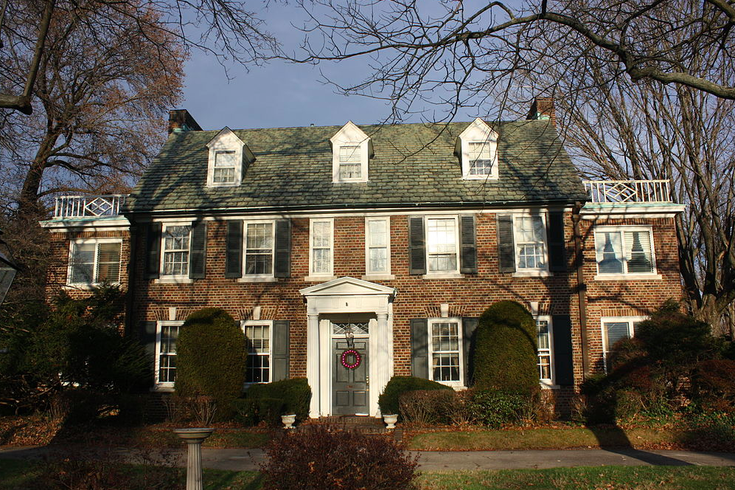 In the future, plans for the property at 3901 Henry Avenue include an event and lecture series, a part-time museum and regional offices for the arts-focused Princess Grace Foundation.

But as Page Six detailed in a Sunday feature, times were not always so savory in the home built by famed contractor John B. "Jack" Kelly Sr. The place where media thronged in 1956 to capture engagement photos of the Oscar-winning actress and Prince Rainier III, who were respectively 26 and 32 at the time, was also the site of painful family affairs aired out for the gossip of an eager city and world.

"(Not) all the memories are happy ones, nor will Albert likely be willing to discuss the demons that darkened the Kellys’ platinum lives: alcoholism, philandering, runaway teens, maternal betrayal and a scandalous transsexual affair that brought down a promising political career.

The accounts begin with Jack's brothers, Walter and George, who each were involved in the entertainment industry. Walter, a vaudeville actor, became rich as a stage performer only to die in a flophouse. George, a Pulitzer-winning playwright, was ostracized by the family for his homosexuality and was described as both a misogynist and antisemite.

Even Grace Kelly's marriage was viewed by some as a business arrangement orchestrated to put Monaco on the map as a gambling destination for a global high society. This theory was only bolstered by persistent rumors that Kelly wasn't particularly happy in the marriage and had been romantically involved with the co-stars of some of her films.

Perhaps the most devastating scandal to emerge was John B. Kelly Jr.'s political undoing in Philadelphia. The former Olympian, who challenged incumbent Frank Rizzo in 1975, left his wife and kids to eventually date Rachel Harlow, a well-known transgender woman who owned a local disco.

The Kelly family matriarch, Margaret, was beside herself over her son’s affair — so much so that she contacted two influential Democratic Party members and asked that Kell not receive the party’s endorsement for mayor.

Tragedy struck both Grace Kelly, who died in a car accident in 1982, and Kell, who collapsed from a heart attack four years later while out jogging.

Most recently, in 2013, the house had become a place where an infirm elderly woman hoarded more than a dozen cats. When the property was raided and the owner later passed away, it set the stage for Prince Albert's $775,000 purchase and an approaching revival.

Despite the family drama, an official plaque from the city of Philadelphia stands outside the 2.5-story Colonial homestead. Nearly a century after it was built by Jack Kelly himself in the mid-1920's, the home is expected to reopen in 2018.