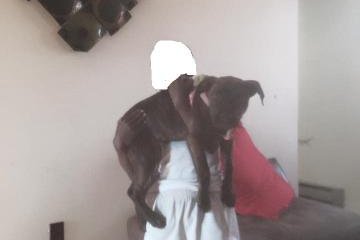 Diamond, a pitbull/shepherd mix puppy, was stolen off of a Pennsylvania porch on Christmas Eve, police say.

A Pennsylvania woman's pet was taken from her on Christmas Eve, police say.

Authorities say they responded to a report of a stolen dog Thursday in Steelton, a borough outside Harrisburg.

The woman said her pitbull/shepherd mix puppy named Diamond was snatched off of her front porch.