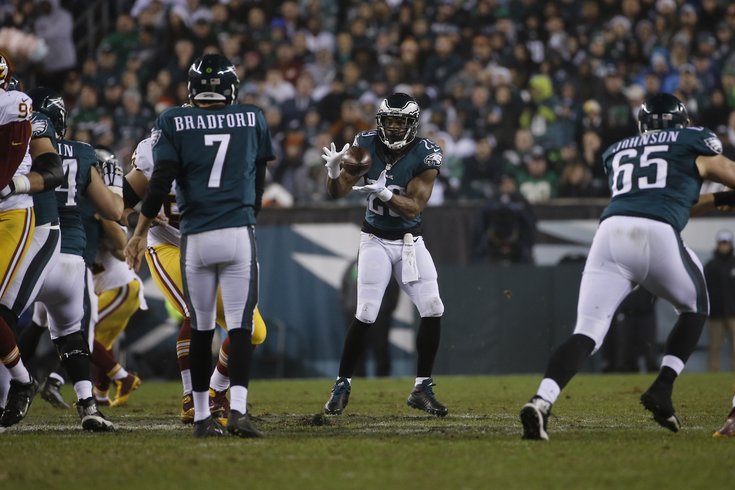 You can either read the article below or just look at this picture. They basically say the same thing.

In 2015, Sam Bradford connected on 65 percent of his pass attempts, which set a new Eagles single-season record for completion percentage. Impressive, right?

Bradford's completion percentage is really the only basic stat that he and his camp have to hang their hats on, as his other basic stats ranked near the bottom of the NFL:

As you can see above, being the Eagles' all-time single-season leader in completion percentage was only good for 11th in the NFL.

Only 17.3 percent of Bradford's completions traveled 10 or more yards past the line of scrimmage. That tied him with Eli Manning and Alex Smith (shocker) for the lowest percentage in the NFL. To note, drops do not factor in here, as we are talking about passes that were actually completed.

Can Chip Kelly's scheme be a reason for that low percentage? OK, we can call it that. Did the Eagles' lack of a big play threat at receiver factor in? Sure, certainly they would have completed more passes downfield if DeSean Jackson were still on the team.

However, those questions miss the point. Why there were so few completions down the field is a different conversation. We're simply noting here that Bradford's completion percentage was unquestionably helped by the fact that the vast majority of his completions were short throws.