It will be the largest U.S. location so far 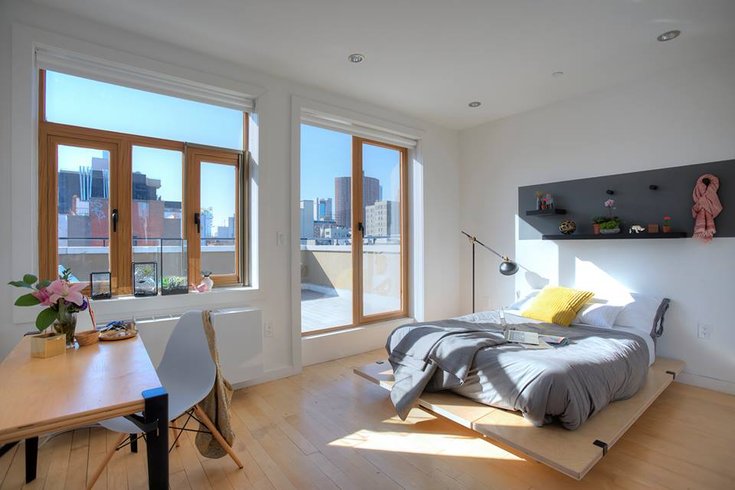 A sample of a Quarters bedroom in New York is shown above. Quarters owns and operates co-living spaces in other U.S. cities. The company announced Monday, Mach 11, 2019, it will open its third U.S. location in Philadelphia in the Northern Liberties neighborhood.

Co-working spaces, such as WeWork and 1776, have become a staple of Philadelphia professional life, but what about co-living spaces? The concept, spearheaded by buildings in New York and other major cities over the last several years, is headed to Northern Liberties with the first Philadelphia location of Quarters.

Quarters, a subsidiary of Germany-based Medici Living Group, announced Monday it will open its third U.S. location in Philadelphia. Other U.S. Quarters locations include New York and Chicago, though the company plans to announce more locations regularly during the next few months.

The new location, headed for 1150 N. American St. (formerly the home of Global Beer Distribution) will be the largest of the company's co-living locations, offering 186 residential units across 74 shared apartments, according to BisNow.

What exactly differentiates a co-living space from a normal apartment building? The design echoes an adult, dormitory-style of living more so than an apartment building, with residents sharing common areas, kitchens, and bathrooms in each unit.

Most new co-living spaces are made with ultra-modern decor and higher-end amenities catering to younger Millennials, specifically appealing to those who move frequently and don't want to be tied to a year-long lease. 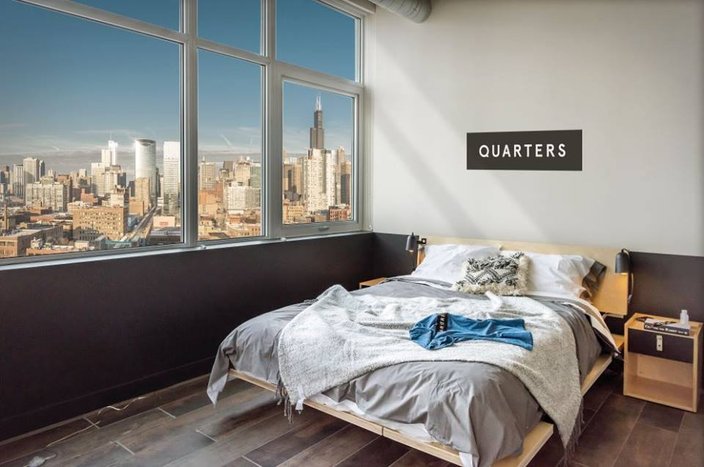 Furniture, Wi-Fi, and even clean sheets are included in the fee of a Quarters co-living space. 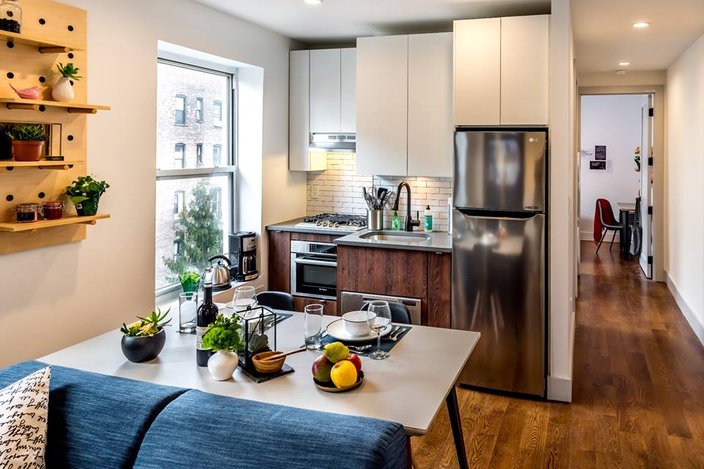 A sample living room and kitchen space in a Quarters co-living unit.

Quarters locations offer furniture, Wi-Fi, electricity, laundry, weekly catered meals, and even bed sheets for its residents, all included in the monthly fee. Communal spaces lend for group dinners, movie nights, and other residential events, while cleaning and other services are available through a location-specific Quarters app.

Work on the new six-story building began last year, overseen by developer Spain Property Group with Vaughan Buckley Construction. Developers plan to have the location up and running by the end of 2019. The project comes after Quarters completed a $300 million fundraising round for its U.S. expansion led by W5 Group.