Can indie group live up to namesake's legacy? 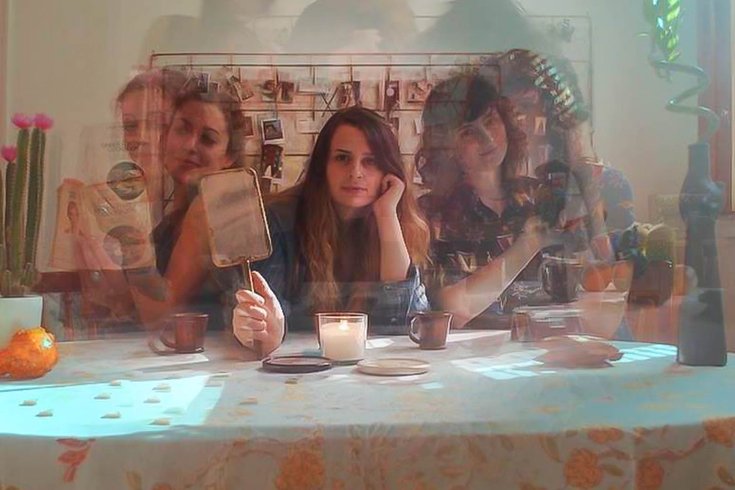 Made between three friends -- lead singer Miriam Devora, bassist Nina Scotto and guitarist Matheson Glass -- in South Philly, it revolved around a collection of harmony-laden songs written by Devora.

“We — Miriam, Matheson and I — had been friends for a while,” Scotto told PhillyVoice.

“We’re all musically inclined and we played together just for fun before. Last year, we kept talking about working on Miriam’s songs. It was something we talked about for months and months but we just never got around to doing it. So we decided to make a New Year’s resolution for 2015 to actually get together and start playing and learning the songs. We decided we were having so much fun that we should just be a band.”

The group practiced for months before recording an eponymous six-track debut EP in Port Richmond this past summer, which is finally available Jan. 22 via Super Fan 99 and Third Uncle Records. “It was fun to work on,” Glass said. “We were just hanging out in my attic singing these parts over and over until we got them.”

Devora’s songwriting offers up the band’s immediate hallmark: lush harmonies and unexpected phrasings which bolster the lyrics but let them blend into the music all the same. “I was only here to dance my way into your weighted emotion,” she chants in a surging cadence on their first song; “I was showing off so you could see how I could be so devoted.”

The group’s mercurial debut is cleverly belied by a pair of cheery singles: “Dance (Get Off Your Ass),” a quiet misnomer for such a slow-moving pleasantry, and “Rollerdyke,” a fast-paced garage rock record and charged-up outlier by contrast. If “Dance” suggested a commitment to 1960s girl-pop territory, the release of “Rollerdyke” was a bit of unexpectedly frenetic misdirection. The rest of the EP is moody and somber in comparison. The melancholy, shimmering guitar on “Pup” crawls along while Devora’s voice is at its most delicate. “Won’t You” achieves a similar effect, but the vocals intertwine in echo for an unsettling feel; Glass’ fluid guitar solo here bears out a surf-y psychedelia.

“The two singles are definitely the most upbeat songs,” Scotto admits. “It’s definitely not one-note. We get a little bit darker on some songs, it’s not all fun, happy pop stuff. There’s a lot of ups and downs throughout. I think it shows a wider range than just the ‘60s girl group thing.”

Still, the ‘60s pop leanings are borne out beyond the music in the group’s first video, a Monkees-inspired live performance of “Dance” filmed at Tattooed Mom on South Street.

“Shana Hartzel, who runs Swell Tone [Music], and Bob Sweeney, who is a really cool videographer, they both approached us for that idea,” Matheson said. “We got together with them and it was really fun, really easy. They were awesome to work with.”

The video is gritty — proof of Sweeney’s Super 8 and 16mm filming as much as the space itself — but pulls off an easy-going charm. A second official video for the same song mines a decidedly different aesthetic.

“Luke [Barham] from Super Fan 99 came up with that idea. The dancer is his girlfriend who was really in a Belle and Sebastian video. They just ran with it. They shot it in London. It was perfectly quirky and 'Frances Ha'-like, so we fell in love with it.”

When asked about performing her songs with the group, Miriam explains how the music evolved. “Did they change in my head when I heard them? Absolutely. But for the better.”

“It definitely changes once everybody comes together and everybody’s personality sticks out a little bit,” she added of the recording process. “I came in with the foundation for all of the songs and some guitar parts, but it definitely changes when people put their own spin on it. I appreciate that. It feels more like a band that way. I was definitely ready to let go of it as a solo project. I think it’s something much better.”

“I feel like the songs definitely changed once there [were] drums involved,” Matheson added. Drummer Patrick Wall was the band’s final addition, and while breezy guitar sounds drive most of the songs, Wall helps contain the music and clean up the edges.

Despite funneling their release through a pair of labels based in London and Indiana respectively, Queen of Jeans’ rollout has been decidedly local. “People have been really, really welcoming,” Matheson said. “We’re constantly grateful for some of the people who have reached out and given us opportunities. XPN has been great. We’ve been given some amazing show opportunities. People have been really great. The music scene here is probably one of the best in the world.”

As much as anything, it’s the band’s name that carves out their South Philly roots. “The name started off as a joke,” Matheson remembers before explaining how a fallen landmark sparked the idea.

“It was the day they took down the King of Jeans sign [in East Passyunk]. We live right around the corner from that building. We’re always hanging out at Lucky 13 which is right across the street. The day they took it down somebody was posting about it on Facebook and we were like, ‘Oh no, that’s a landmark! It’s an end of an era.’ I think I said, ‘We should do Queen of Jeans as an homage.’ We’re girls, so, Queen of Jeans. A few months later, Kid Hazo, in front of where the building used to be, hung up a sign saying Queen of Jeans. We were getting messages all day long, ‘Did you guys do this? Did you have anything to do with this?’ We didn’t. We didn’t have anything to do with it. It wasn’t about us, we just had the same idea.”

Even at their debut, Queen of Jeans feels like a living Philly relic. We can only hope that they’ll become a permanent fixture.

Queen of Jeans’ debut EP is available Jan. 22. The band celebrates the record tonight, Jan. 21 with a performance alongside Vacationer and Weekender at The Foundry and with an official release show at Kung Fu Necktie on January 30.