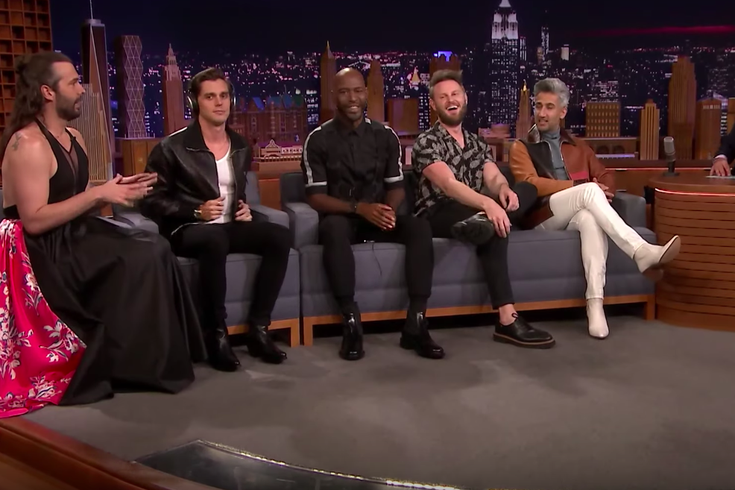 The cast of 'Queer Eye,' which filming Season 5 of their Netflix series in Philadelphia, appeared on the 'The Tonight Show with Jimmy Fallon' on Tuesday night.

As most Philadelphians know by now, the Fab Five have infiltrated the city to film the upcoming fifth season of Netflix's "Queer Eye." But on Tuesday night, the cast took a break from filming to appear on "The Tonight Show Starring Jimmy Fallon."

The men did a fun bit with Fallon called "Know Your Fab Five" where they all took turns answering questions about each other. They also revealed some of their most embarrassing hair and fashion mistakes.

There were no mentions about next season, or Philly, but it's still nice to see how they're doing in the wake of Season 4's success.

Here are a few clips.

The Emmy-nominated show started production in Philly in June. The season will debut in 2020.