From the 'Black and Tanni' to 'The Gorg,' the new drink menu at the Fishtown bakery includes lattes and floats 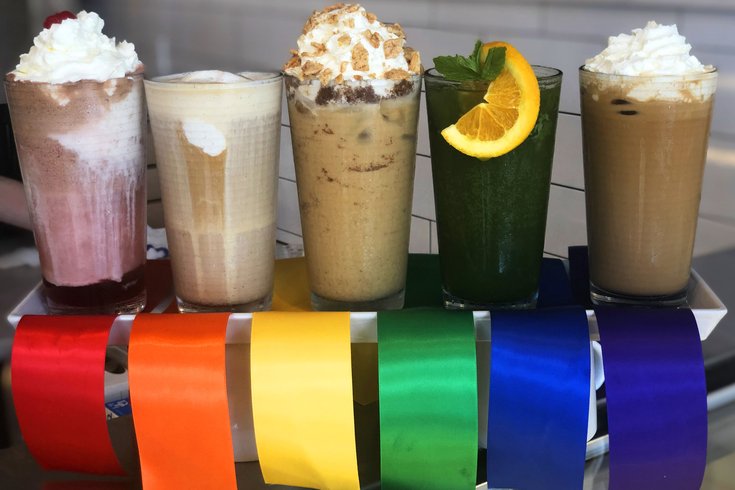 Cake Life Bakeshop in Fishtown, known for its special treats and high-profile cakes, is honoring "Queer Eye" the only way they know how — with a very special drink menu of lattes and floats inspired by the show's Fab Five.

The bakery has done it all — they baked Beyoncé's cake and their pastry chef, Rebecca Craig, competed on several Food Network shows — even winning "Winner Cake All" and coming in fourth on "Best Baker in America." Now they're taking their classic, yet whimsical flavors and pairing them to the illustrious personalities of Antoni Porowski, Tan France, Karamo, Jonathan Van Ness, and Bobby Berk.

As many already know, "Queer Eye" is in Philadelphia to film the show's fifth season for Netflix, and as big fans of the show, the bakery wanted not only to have fun with the show's themes but to honor the show's message.

"Being a woman and trans-owned business, we try to share with our community the same support and values that the Fab Five have been bringing to the show," owner Lily Fischer said to PhillyVoice. "We thought this would be a fun way to celebrate and pay homage to them while they are here in Philly."

The drink list's creation was a collaboration among everyone on the Cake Life Bakeshop staff. (The menu artwork was even created by Hayden Hall, one of the shop's baristas.) "We tried to take inspiration from each of the Fab Five for the flavors, and then used some of our favorite quotes or moments from the show for the names," Chrissy Tomasco, front house manager at Cake Life, said in a statement. 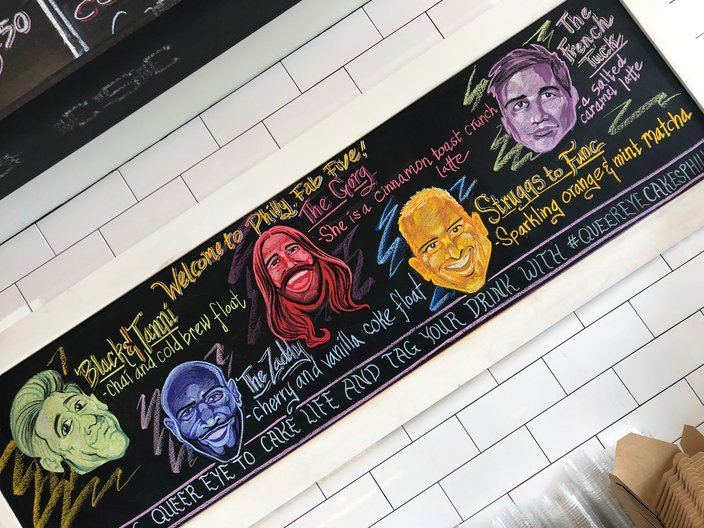 Hayden Hall, one of Cake Life Bakeshop's baristas, created the drink menu which features all five hosts of “Queer Eye” next to their respected drinks.

The sweet coffee and soda creations are named and designed after Fab Five members. The flavor profile finds inspiration from their personalities and individual likes.

•The Gorg: A cinnamon toast crunch latte inspired by Jonathan Van Ness and his love of cinnamon.

•The Zaddy: A cherry vanilla Coke float honoring Karamo and his fixation with Coke.

•Black and Tanni: A chai cold brew float inspired by and named after – you already know – Tan "Tanni" France.