Can you beat the bus? 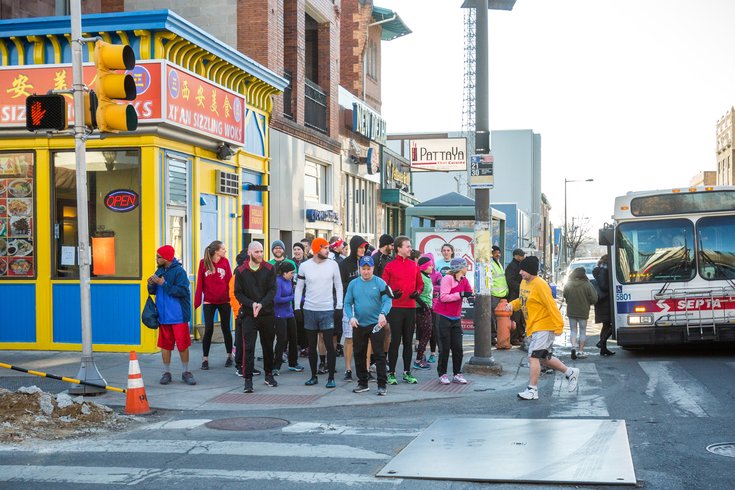 Runners wait for the SEPTA Route 21 bus to depart from the 40th and Chestnut bus stop, signaling the start of the race to 2nd and Chestnut Streets.

Are you faster than a SEPTA bus?

Test your speed on Thursday, April 5, by racing the route 45 bus through South Philadelphia to Center City.

Runners will take off from Oregon Avenue and Broad Street, at 5:43 p.m., running parallel to the 45 along 11th. The finish line will be at 11th and Market streets –it's about a three-mile run.

The number 45 will be making all scheduled stops during its rush hour commute.

If you're one of the top 10 finishers to beat the bus, you'll also receive a special prize.

The challenge, now in its fourth year, is organized by the Clean Air Council. It's free to participate.