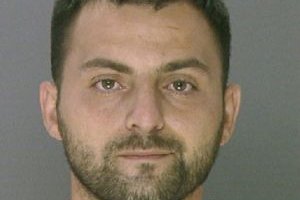 The man who killed three sons and their mother after striking them with his car while drag racing on Roosevelt Boulevard in July 2013 was found guilty Monday.

Philly.com reports that 24-year-old Khusen Akhmedov was found guilty on four counts third-degree murder by a Philadelphia Court of Common Pleas judge, who cited past traffic violations and said that Akhmedov cared about showing off the speed of his car and not the safety of others.

The man Akmedov was racing, 32-year-old Ahmen Holloman, pleaded guilty July 6 to four counts of vehicular homicide. He was sentenced to five to 10 years in prison. Holloman's car did not strike the victims in the incident that occurred near Second Street.

Akmedov will be sentenced in October, according to 6 ABC. He could receive up to 160 years in prison. In addition, Akmedov faces charges of vehicular manslaughter and involuntary manslaughter.

For details on the trial, read more from Philly.com here.