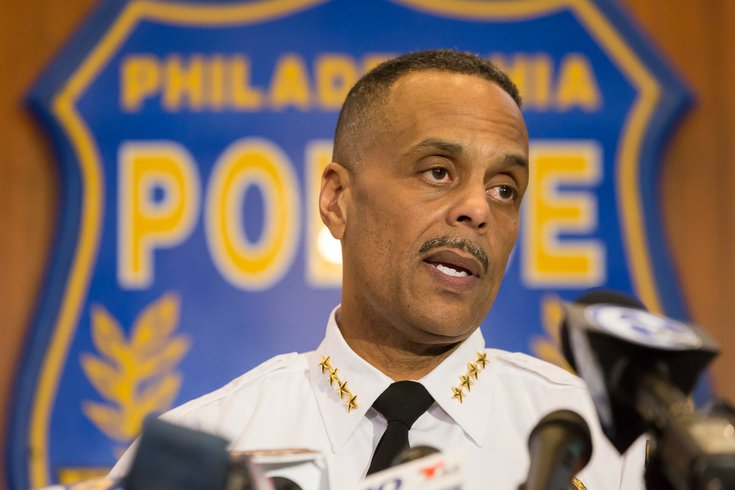 Philadelphia Police Commissioner Richard Ross, seen in a file photo, announced on Wednesday, June 19, 2019, that 72 police officers were put on administrative duty amid the social media probe that found more than 300 officers had made racist and offensive comments online.

The number of Philly police officers taken off the streets and placed on administrative duty for making racist and offensive posts on Facebook has increased to 72, the department announced Wednesday.

Philadelphia Police Commissioner Richard Ross said that of the 72 removed during the department's initial investigation, discipline will range from a few days suspension "in many cases" and up to termination from the police force.

Names of the officers under investigation have not been released.

"Internal affairs has already begun to investigate each of these officers identified," Ross said during a press conference.

"We recognize that because of the acts of a few ... that in many ways, we understand how this can tarnish or did tarnish our reputation. But we will work tirelessly to repair that reputation, to improve police community relations, as we are equally disgusted by many of the posts that you saw and the rest of the nation saw," he added.

This latest announcement made national headlines Thursday. Officials have described it as one of the largest removals of police from active duty in the recent history department.

Earlier this month, The Plain View Project, a database of public Facebook posts made by current and former police across the U.S., highlighted thousands of police officers' posts that were racist or offensive. In Philadelphia, researchers found that of those officers who could be identified on Facebook, one third had made troubling posts or comments. The investigation has now implicated more than 300 officers.