'Let's see that in slow motion' 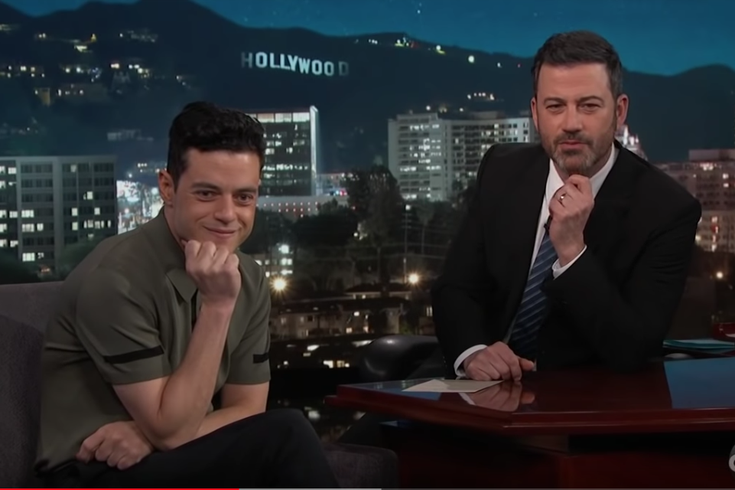 Rami Malek went on "Jimmy Kimmel Live!" Tuesday night and Kimmel had some matters he wanted to discuss – mainly the awkwardness of Malek’s encounter with Nicole Kidman after "Bohemian Rhapsody" won for best drama.

Kidman, who presented the award, seemingly snubbed the Best Actor winner as he went on stage with the cast and crew. He tried, at first, to shake her hand, then tried ever so slightly to get her attention, until finally, he just placed her hand awkwardly on her back. She didn't seem to notice him at all. Yeah...pretty awkward.

Kimmel played the clip for Malek, who was obviously embarrassed as he puts his hands on his head. "I had not seen that," he said, as Kimmel nods and says, "Let's see that in slow motion."

After the host criticizes the awkwardness one more time, Malek comments, “I’ve known her for many years, despite as it may seem from that video. So, I thought I could easily go up and say, ‘Hi,’ but in a moment like that...” He laughs, “I have a feeling this is probably haunting me on the internet.”

Malek even added, “I got love from Keith that night, her husband. He’s a massive Queen fan.”

Earlier in the interview, Kimmel discusses how the actor always seems to be hanging with Queen now after he mentions how close the cast and crew had all become. Kimmel comments, "You've been hanging around with Queen as if you are actually in Queen. You know you weren't in Queen, right?" To which Malek jokingly responds, "What are you talking about?"

Malek talks attending the Golden Globes with Queen, “It wasn’t necessarily their scene," he mentions, explaining further that "they're used to being rock stars and doing rock star things and that was a very Hollywood industry night. I had a blast. They had a great time, but I think that at first it took some getting used to."

Watch the full video below.