Tell your boss you're going for a long lunch 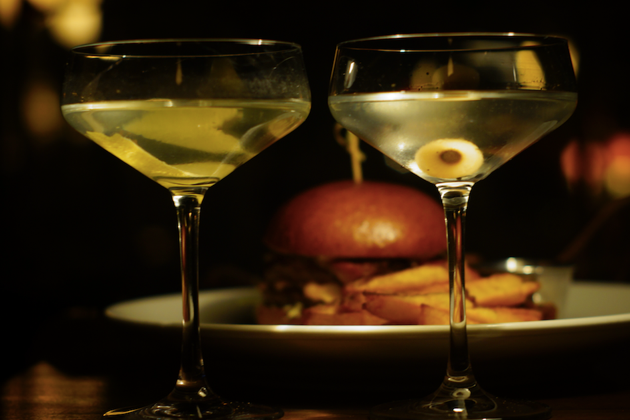 The martini is a cocktail made with gin and vermouth, and garnished with an olive or a lemon twist.

Over the holidays, chef Nick Elmi's Royal Boucherie in Old City offered a special lunch deal. Order a lunch entrée and you get a martini for $2.

The deal at the French-inspired American brasserie proved to be so popular that Royal Boucherie decided to extend it.

On the lunch menu are entrée dishes such as the Boucherie Burger (with bacon, American cheese, truffle mayo, half-sour pickles, and pork-fat fries), duck cassoulet, quiche and mortadella grilled cheese.

As for the cocktails you can order with your food, there are four options.