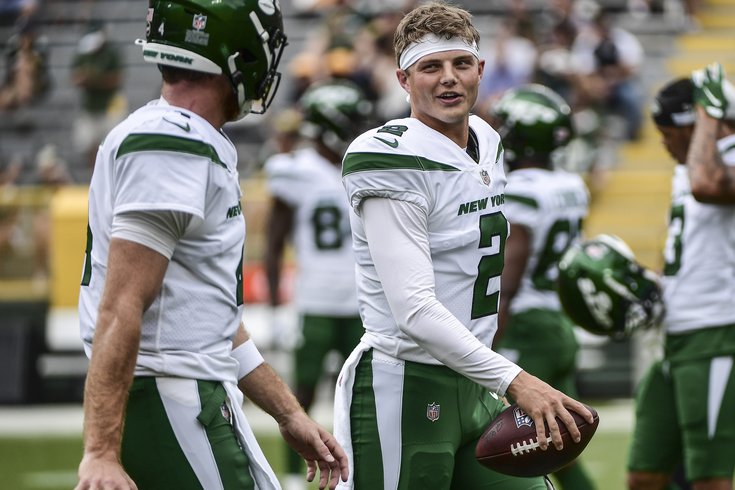 Zach Wilson and the Jets are young.

As of roughly 7:35 p.m. on cutdown day, when we finished collecting data from all 32 NFL team website rosters, the New York Jets had the youngest team in the NFL.

The Chicago Bears have the oldest roster in the NFL this year, followed by the Houston Texans, as if they didn't already have enough problems. The Eagles ranked 19th, as in, 19th youngest.