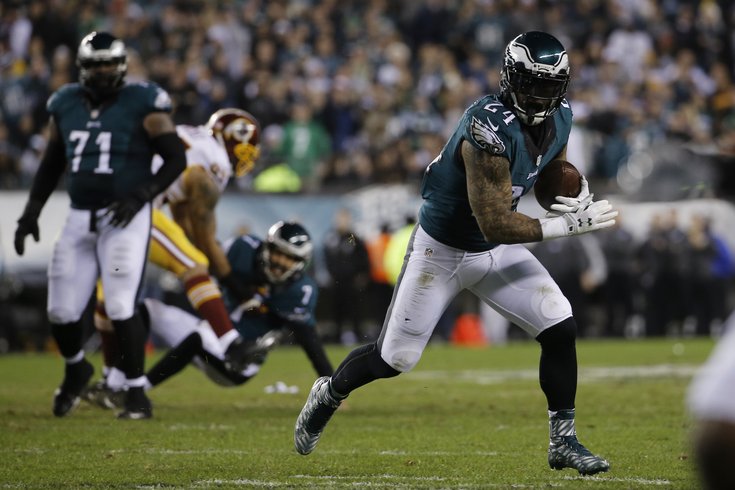 Ryan Mathews up, Jason Peters down.

A pair of projected Philadelphia Eagles starters, running back Ryan Mathews and OG Brandon Brooks, practiced with the team today for the first time during training camp.

Mathews injured his ankle while training on his own prior to the start of camp, which exposed what we already knew -- that the Eagles lack depth at running back. Mathews has only played all 16 games once in his career, and when he wasn't missing games, he was often playing with some kind of injury. From 2010-2015, Mathews has appeared on the injury report 53 times.

Over the last three years, Brooks has started 44 of a possible 48 games. In his absence, another free agent acquisition, Stefen Wisniewski, played very well at RG. He was previously out with a hamstring injury. Brooks will now be able to begin building continuity in between RT Lane Johnson and C Jason Kelce.

Safety Rodney McLeod will be out today due to a family issue, while Malcolm Jenkins (hamstring) and Jason Peters (quad) are the most notable players missing practice today due to injury.