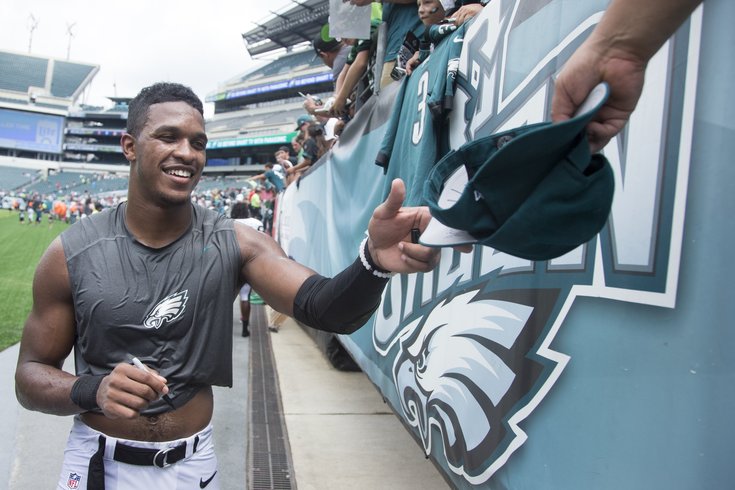 When the Philadelphia Eagles selected Eric Rowe with the 47th-overall pick in the 2015 NFL Draft, they took a player with the height/weight/speed parameters that Chip Kelly wanted for his defense. Under Kelly, the Eagles preferred longer, versatile corners with a physical mindset, and Rowe fit the bill. They liked him enough, in fact, that they traded up to get him.

In 2015, Rowe had his ups and downs but finished strong when he became a starter after Nolan Carroll was lost for the season with a broken ankle. When the 2016 offseason began, most observers penciled in Rowe for a starting spot in 2016.

That notion has evaporated quickly. With a new coaching regime in place that doesn't value size as much as the old regime, Rowe has taken a drastic tumble down the depth chart after a bad spring and an uninspiring start to training camp.

Unfortunately for Rowe, new defensive coordinator Jim Schwartz couldn't seem to care less what Rowe's role was with the team a year ago.

"He's still a young player," said Schwartz. "He's only in his second year. Everybody wants to make him [out to be] a seasoned vet; he started for about half a year and he is changing schemes. But we're also through our OTAs and we're through our mini-camp, and we're through a little bit more than a week of camp. And we've got to start putting those inconsistencies behind us, and I'm not just talking about Eric, I'm talking about every guy on defense."

As Schwartz noted, Rowe is still young and has the task of learning new techniques and a new defensive scheme. However, Rowe is clearly behind rookie Jalen Mills (among others) through the first 10 days of camp. While Rowe only has "about a half a year" as a starter, he played well in that half year at the pro level and is buried behind a rookie who was the 233rd overall pick less than four months ago.

The NFL is a "what have you done for me lately" league, and lately, Rowe is far from a starter on this team.