Reading Terminal Market vendor must pay $600,000 in back wages 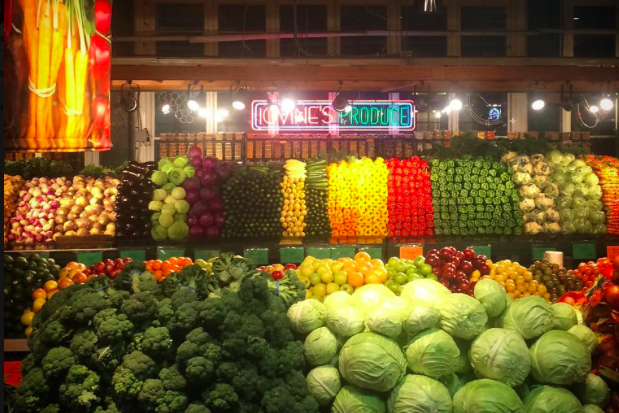 The owner of two businesses at Philadelphia's Reading Terminal Market reached an agreement with the U.S. Department of Labor on Tuesday to pay more than $600,000 in back wages and liquidated damages to 140 present and past workers to resolve violations of the federal Fair Labor Standards Act.

Iovine Bros Inc. and Iovine Brothers Bar & Grill Inc., operating as Iovine Brothers Produce and Molly Malloy, respectively, both violated the overtime and recordkeeping provisions of the FLSA, the Labor Department said in a release.

Investigators said the businesses, owned by James and Vincent Iovine, failed to pay overtime and time-and-a-half when employees at the produce market worked more than a 40-hour week. Employees were instead paid in cash at straight time rates after working overtime. Both regular hourly and tipped employees, including servers and bartenders, were affected by these violations.

The employer also failed to maintain some of the payroll records required by law, drawing a $62,007 fine due to the willful nature of the violations.

“For workers in the restaurant and service sectors, money earned through overtime can make a big difference to their livelihood,” said James Cain, director of labor department's Philadelphia District Office. “For employers in this competitive industry, maintaining a level playing field is critical. Our top priorities are to ensure that workers are aware of their rights, and to help companies come into compliance with the law.”

Under the agreement, the business owners will pay a total $660,117 in back wages to the workers and change their practices to comply with federal law.

Iovine Brothers Produce has operated at Reading Terminal Market for more than 15 years. Molly Malloy's, a gastropub located in the heart of the market, opened in 2011.