When Karamo Brown heard about the new show, he knew he had to be a part of it 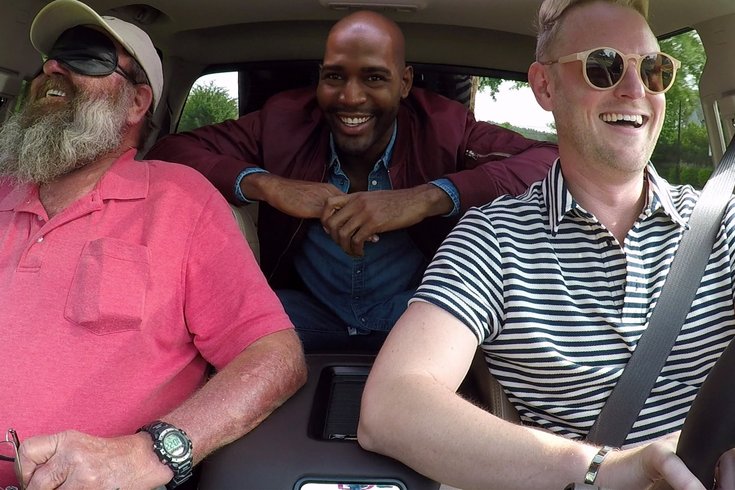 "Queer Eye For the Straight Guy," which aired on Bravo from 2003 to 2007 and featured a quintet of gay men providing fashion and lifestyle tips to hopeless straight guys, was a pioneering reality series. Some say it helped set the cultural tone for the revolutionary LGBT rights breakthroughs that arrived later in that decade.

Now the series, under the title "Queer Eye," has been revived with an all-new cast for a new season on Netflix. The new "culture guy" may be a familiar face to longtime fans of reality TV, especially those in the Philadelphia area.

Karamo Brown was a cast member 14 years ago on "The Real World: Philadelphia," the only season of the long-running reality show to take place in the city.

Brown was not only the first openly gay African-American to star in that series, but on reality TV altogether.

PhillyVoice spoke to Brown about the new show, his memories of Philadelphia and what he did in between TV stints.

Now 37, Brown was cast on The Real World when he was just 23 years old. He said that the season was responsible for the "some of the best memories of my life."

"It helped me grow as a man, and helped me learn so much about other people and other experiences," he shared.

On that season, the house was located at 3rd and Arch streets in Old City, in the former Corn Exchange National Bank building.

While he doesn't remember the names of most of the restaurants, bars and other haunts frequented by the cast, Brown has positive memories of the city, and remembers spending a lot of time in Manayunk.

"We were right in the heart of the city, but we made sure to see every corner of the city that we could," he said.

"So many reality shows are about tearing people down. This lifts people up." -- Karamo Brown

The season is memorable for a union construction dispute that nearly scuttled filming before it started, before a settlement was brokered by a group of politicians that included Ed Rendell and John Street. (The house used by the show was sold in 2015 for $5 million.)

Beyond the usual hookups and altercations that have long been synonymous this that show, the cast worked for the Philadelphia Soul Arena Football League team, which was co-owned at the time by Jon Bon Jovi. It also built a playground through the Northern Home for Children program.

Brown said he keeps in touch with his female Real World castmates - "They're mothers now, and successful businesswomen." - as well as one of the men. He also occasionally makes it back to Philadelphia, where he likes to get a cheesesteak at Geno's.

Brown did one season of the "Real World/Road Rules Challenge" spinoff series, but then segued out of entertainment altogether, working for many years as a social worker.

His Real World run came in the pre-Kardashian age, before it was customary for reality stars to attain major mainstream fame.

Brown got back into television around three years ago.

He was eager to be involved with the Queer Eye revival, which he first heard about when he saw original Queer Eye star Carson Kressley talk about it as a guest on Andy Cohen's "Watch What Happens Live" show. He insisted on an audition, and was soon cast.

As for the reception of the new show, which arrived on Netflix last month?

"I'm completely overwhelmed and honored," he said. "It's been a worldwide lovefest."

In addition to the new cast, the series widens its focus away from merely makeovers of straight men, including one episode during which the cast helps a closeted gay man find the courage to come out to his mother.

Among other things, the new series shows just how much reality TV, and American culture itself, have changed in 15 years.

Brown's Real World season, for instance, treated it as something of a late-episode plot twist that he was gay. In the new Queer Eye, the word "queer" is right there in the title, without any great degree of controversy.

Brown has reflected on these issues over the years.

Just as Brown was the first gay black man on "The Real World," he's now part of a more diverse incarnation of the Fab Five.

He noted, though, that lots of straight people (both men and women) have also told him what the show means to them.

"If you want to have fun, laugh, and have some emotion or cry," you should check out the show, Brown said. "So many reality shows are about tearing people down. This lifts people up."

The eight-episode new season is streaming now on Netflix.

There's no word yet on a second season for the show, but Brown said he's hopeful that it will return.