'Below Deck' BS: fact vs. fiction 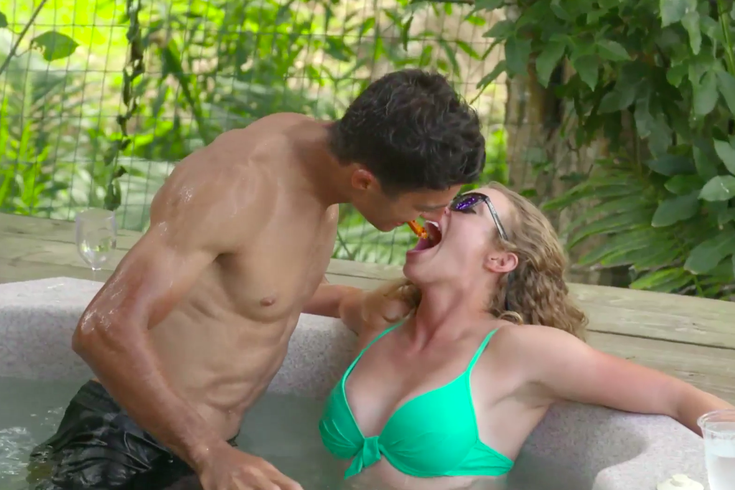 It's stormy seas ahead for the new crew aboard the luxury yacht, Valor.

Ah… the last days of summer. Baseball season is winding up, college football season and the NFL are gearing up and temperatures are beginning to drop, which can mean only one thing… A new season of "Below Deck" is about to begin on Bravo!

In case you’re unfamiliar with the show – or you actually have a life on Tuesdays at 9pm EST – "Below Deck" is a reality show that highlights the trials and tribulations of under-qualified and immature yachties as they fumble and f**k their ways through a grueling, six-week yacht charter season where guests pay $30,000 to be annoyed for two days by children posing as professional crew.

And by “reality,” I mean it’s a contrived, over-produced, highly scripted steaming load of crap on top of a pile of bulls**t covered in garbage… and it’s freaking awesome!

It’s like “Friends” on water. Well, “Friends” mixed with “Intervention," “The Real Housewives of (insert county)” and any Weird Al Yankovic video, only without the talent. "Below Deck" is “The Wizard of Oz” of yachting, only everyone on the show is the Scarecrow and there is no wizard to magically give them brains. It’s what happens when a train wreck gets drunk and knocks up a dumpster fire. Try and NOT watch it. I dare you.

Regardless of the metaphor, the show has been as controversial in the yachting industry as it has been entertaining, which is why, as a yachting professional, I am asked quite regularly, “How real IS the show?”

My answer is simple: it is totally fake… and totally real; but just which parts are real and which are fake? Let’s have a look.

The boat is real.

While members of the crew are actual humans beings, most are barely qualified (and in some cases wholly unqualified) to serve onboard, except for the captain. Few are career-minded seafarers. They are vapid, hollow, attention-craving opportunists who have zero interest in becoming professional mariners and every interest in building their brand. Rarely – if ever – would you have so many unqualified crew onboard the same vessel, which is shocking, considering the international standards yacht crew must abide in order to work on board.

All crew on charter vessels must have an STCW certification. To give you an example of how difficult this STCW certification process is, imagine the toughest and most mentally and physically demanding five days of your life. Now imagine the polar opposite of that. It’s the equivalent of being given a tour of an airplane and then being allowed to fly one. With such stringent minimum requirements for service, it’s no wonder Bravo! has a bottomless basket of deplorables (thanks HRC) from which to cast their show. Welcome aboard.

There is an entire support crew behind the scenes handling all of the day-to-day operations, such as engineering, maintenance, paperwork and general upkeep. You may see the TV crew doing some work, such as laundry, cooking and washing the boats, but the bulk of the work is done off camera by real professionals. Why won’t you ever see them? Because they are working – not acting. Watching someone work is boring – even Bravo! knows this.

Real and fake – The Charters

The charters are real – or as real as a two-day charter can be. Most charters in the yachting industry are seven to 10 days long, and during peak charter seasons, a yacht may do back-to-back weeklong charters for months. My longest stretch was the first week of November 2009 – straight through until the week after Valentine's Day 2010 – with no more than two days in between charters and zero days off. So, when you see the "Below Deck" crew complaining about all the work they do on a two-day charter, the complaining IS real – it just isn’t "yachting industry real," as most professional yacht crew have never done a two-day charter because – like Oz – they don’t exist.

Fake – Crew Use of The Yacht

Another departure from reality, at least in my 10-year experience, is that on the show, the crew has run of the house when guests aren’t on board, which is why on "Below Deck," you see the crew relaxing in the main salon having a few cocktails, sleeping in guest quarters or partying in the hot tub. This simply is not the norm for the industry. When guests are gone, the floors are covered, furniture is covered and the boat is secured. It isn’t a party palace. It is a place of work.

Big boat. Young men and women. Nothing else to do. It happens. And when things go wrong, the ensuing madness and firestorm of emotion is, well… magical to behold. "Below Deck"’s most interesting quality is that its entertainment value is derived from its perceived basis in reality – which it has – which is why it’s so shocking that very few professional mariners will actually admit to watching it.

Personally, I think the show is an unmitigated disaster – an abortion of entertainment and a complete and total waste of time that will do nothing more than make anyone who watches it dumber and less interesting. But love it or hate it, "Below Deck" is the most unique and glaring example of unoriginal and contrived reality entertainment on TV today – which is precisely why it should not be missed.