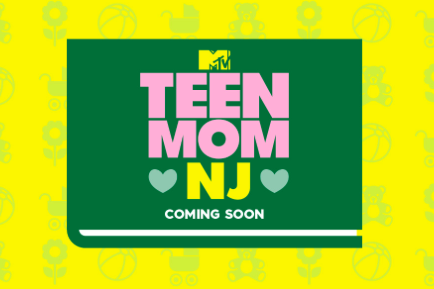 Reality TV's obsession with New Jersey makes too much sense to die. That's why MTV already got a jump on filming a revival of "Beach House" earlier this summer, and it's why people still cared about a "Jersey Shore" reunion.

The gap between "appealing" and "appalling" is closer than we realize. New Jersey just strikes that balance better than other states.

Coming this fall, MTV will premiere a reboot of "Teen Mom," which already had been a spinoff of "16 and Pregnant" and was most recently called "Teen Mom OG," which produced "Teen Mom 2" and "Teen Mom 3."

This time around, as previewed by reports of film crews in the Millville area, the series is coming to New Jersey as "Teen Mom NJ." MTV teased the show in a promo that aired Sunday night during the Video Music Awards.

As MTV's reality lineup goes, the "Teen Mom" lineage has historically been a popular show, possibly because in addition to the customary drama and angst, there is actually an unbesmirched human life at stake in every narrative. The episodes find a way to chart some progress toward maturity while highlighting the strains of young motherhood.

The show is expected to focus on South Jersey, although a Facebook page for "Teen Mom NJ" has yet to provide a synopsis.

Teen Mom NJ? They picked the classiest region of the state 😂

There's seriously going to be a Teen Mom NJ, because The Jersey Shore didn't make us look bad enough already.

.@MTV is premiering a show called #TeenMomNJ. I have never wanted to watch a TV show more in my life. #yesplease #mtv #teenmom

Who got the not so bright idea to make a Teen Mom NJ?? 🤔💀