The shop's baristas are the latest food service workers to join Local 80 in Philly, following Good Karma Cafe and Elixr 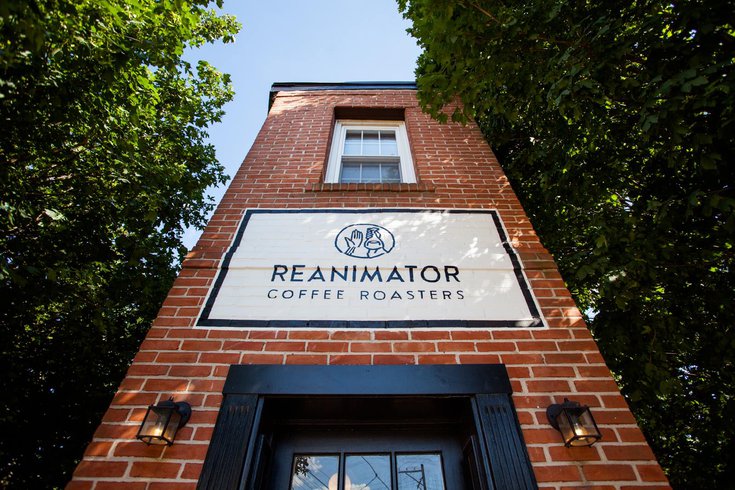 In what local labor organizers have characterized as "a whirlwind," the workers of ReAnimator Coffee have unionized.

ReAnimator, which operates five cafes and a pizzeria across Philadelphia, is the latest in a string of city coffee shops to form a union. Workers at Elixr unionized in September, joining Good Karma Cafe and Korshak Bagels at Local 80, a new union for food service workers under the umbrella of Workers United. Staff at Ultimo and several Starbucks locations in Philly are also currently seeking recognition.

The ReAnimator union effort was strongly supported by workers, who voted with a 96% supermajority to unionize. But what's arguably less typical is the response from ReAnimator management, which was also seemingly enthusiastic.

"The workers are ReAnimator," an Oct. 21 Instagram post from ReAnimator read. "From the producers who grow the coffee, to the workers who roast and package it, to our phenomenal team of baristas in the cafes, our business operation is inseparable from their labor.

"Our goal has always been to recognize, grow, and adequately compensate the work that goes into making a great cup of coffee, which is why we're thrilled to recognize the unionization efforts of ReAnimator staff. We deeply appreciate and share the interest of our staff in building a healthy and equitable work environment and look forward to engaging in good-faith negotiations to ensure ReAnimator continues to be a great place for workers and community members alike."

Alex Riccio, an organizer for the Philadelphia Joint Board of Workers United who worked on the ReAnimator union effort, greeted the news with a bemused satisfaction.

"We're very pleased to see that management quickly recognized the need to respect their workers," he told PhillyVoice. "We can't say anything negative about their decision to go voluntary, but I would say I think the reason they did is because everybody can see the writing on the wall. The workers have power now. There's a lot of momentum for cafe worker organizing, not just in Philly but nationwide."

Much of that momentum stems from the rapid unionization of Starbucks workers. By NPR's count, over 300 Starbucks branches in nearly three dozen states have held union elections, with nearly 80% of them voting in favor of unionization. That includes five stores in Philadelphia; another two are pending election results, Riccio says. Though Starbucks corporate management has been vocally opposed to the unions, a national bargaining committee has formed to begin contract negotiations.

"There's a lot of arguments in the labor movement that unions increase in waves throughout history in this country," Riccio said. "I know that these workers, when the pandemic first kicked off were definitely coming together to try to build the initial foundation for forming unions, even if they didn't necessarily call it that. And the simple answer is victory begets victory. Once the Starbucks workers started winning, I think it just inspired this wave and now it's just getting bigger and bigger all the time."

BIG NEWS!!! The workers of ReAnimator Coffee have joined PJB Workers United, Local 80! Workers are asking @reanimatorcoffee to voluntarily recognize their union that has gathered a supermajority of 96% of supporters in the workplace #local80 #workersunited pic.twitter.com/ySMlhWmNLM

Organizers like Riccio are hopeful that the wave of unions will help change the perception of cafe workers, whose multi-tasking skills and mental labor are often dismissed, he said. A poll this year of 2,000 respondents founds that over half believed they could be a barista themselves.

"These jobs are difficult jobs. It's skilled labor and there's this kind of weird division in the popular narrative that there's workers who have skills and they deserve high salaries and benefits, and then there's easy jobs that are for teenagers and people at an interregnum in their life," Riccio said. "And that's typically what cafe workers get, they get this disrespect on a kind of cultural level that their jobs aren't difficult, their jobs aren't skilled, and that's absolutely wrong."

He likened their struggle to that of another group of workers. Though their work is very different, Riccio says the challenges faced by miners seeking worker rights in the late 1800s and early 1900s are not unlike those facing cafe workers today.

"Mine workers were the same thing in the early 20th century," Riccio continued. "Mine workers had turnover rates of over 300%, similar to today's fast food workers. But it wasn't because of the lack of skill that was required to do the job, it was because the jobs weren't union. Once the workers came together, changed that dynamic and created union density, now everybody looks at mine workers as the obvious candidates to be union jobs."

"I think that that's possibly going to be here too in the world of cafe work."