Local agencies pitch in to give city service a fresh coat 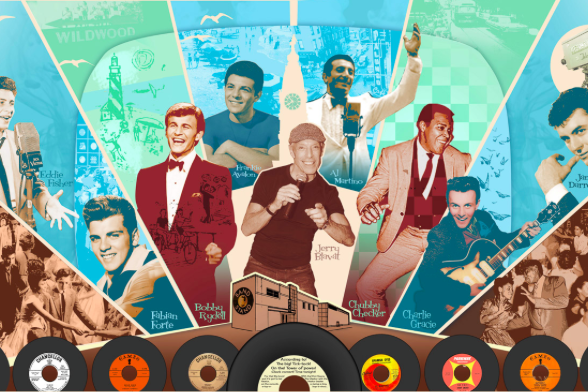 Thirty years and nearly 4,000 works of art since its inception, the City of Philadelphia's longstanding Mural Arts Program decided it was time for a reboot.

The beloved local organization announced last week that it will now be called Mural Arts Philadelphia, part of a multi-step transition phase whose launch coincides with the approach of Mural Arts Month in October.

"This is a very serious endeavor," Jane Golden, Executive Director of Mural Arts Philadelphia, told the Philadelphia Business Journal. "We were at one point a small tiny program, and now we're coming to our own, recognizing the power of art to impact people, places and, by extension, the civic life of our city."

Highlights of the initiative include a zigzagging logo created by J2 Design, a smoother website developed by Fishtown-based Bluecadet and a brand new app perfected by Brownstein Group, a premier advertising agency with offices along the Avenue of the Arts.

Armed with an app, Golden believes Mural Arts Philadelphia will now be able to connect more directly with the city's rising millennial demographic. Initial features will provide access to a gallery of prominent public art from "The Mural Mile" in Center City (in part because its offerings will be in constant flux, the app will be available only at the new website).

After three decades, Golden explained that the rebrand is intended to capture the program's expansion over the years, encompassing everything from tours and events to youth and prison collaboration programs.

On Friday, September 30, Mural Arts Philadelphia will kick off an exciting month of events with a party at Snyder Plaza at Front and Snyder Streets. Food trucks, circus performances, DJs, live painting and new murals will all be on display courtesy of The Goldenberg Group. In the coming month, scheduled events include walking tours, a one-night-only sound and image installation, poetry night and a block party marking the dedication of Eric Okdeh’s new mural, "South Philly Musicians Remix."

Additional information on Mural Arts Month can be found on Instagram, Snapchat @muralarts and Twitter behind the #muralartsmonth campaign.