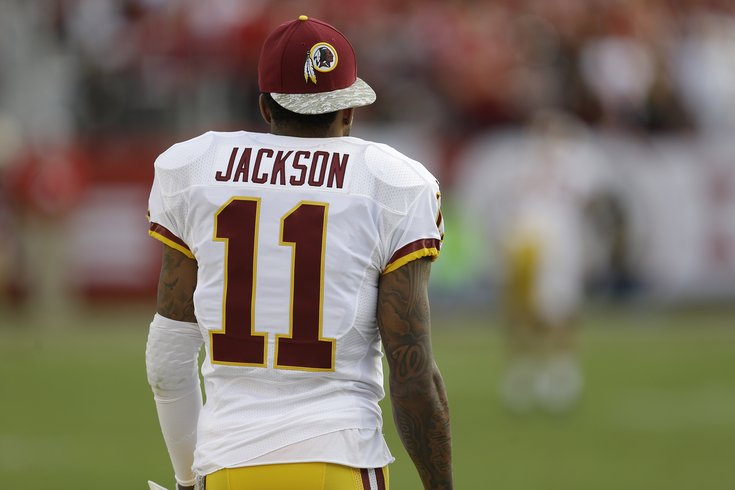 After LeSean McCoy basically called Chip Kelly a racist, it was only a matter of time before someone put a microphone in front of DeSean Jackson for his take on Kelly, and while DeSean did not take the bait, he did manage to say funny things. I'm way late on this, but I love this quote by old friend DeSean, as transcribed by CrossingBroad.com (emphasis is mine):

“I’m mean, honestly, I’m further along than that. It’s been two years since I’ve been removed from the Philadelphia Eagles. I’m just excited where I’m at. I don’t really want to get to caught up in what’s going on over there in Philadelphia. LeSean McCoy is one of my great friends and he’s a great running back – he’s one of the best in the league – and I look at myself as one of the best receivers in the league. So as far as being removed from there, I can’t understand, why would you get rid of your best players on the team? It’s their loss. Moving forward, the teams we’re with now is the team’s that’s winning, the teams that’s gaining more of a respect of having them type of guys on the team.”

OK, so to be fair, there's little question Jackson makes the Redskins better on the field. He led the NFL with 13 catches of 40+ yards. By comparison, only three teams had more.

But come on, DeSean. Your team lost nine games last year by at least 10 points. They lost five games by at least 20 points. And three of those 20-point losses came to teams with six or fewer wins. Your new team stinks.