Study: Rent too expensive in America for full-time minimum-wage workers 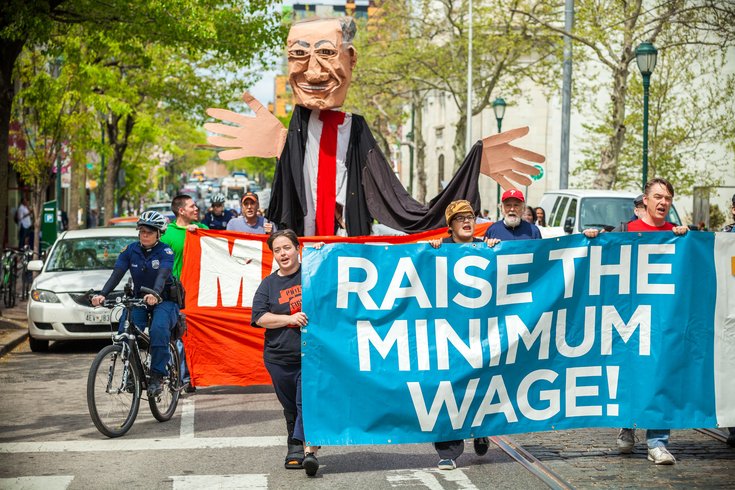 The minimum wage rally on 40th Street in University City.

Full-time minimum-wage workers cannot afford rent for a one-bedroom apartment at the Fair Market Rent anywhere in America, according to a new report from the National Low Income Housing Coalition.

"Out of Reach 2015" details how much a person would need to earn to afford a modest apartment in his or her state. The findings are troubling.

In Pennsylvania, workers would need to take home $17.57 per hour on average in order to afford the rent on a two-bedroom apartment. The average hourly wage for renters statewide is only $13.66.

New Jersey rent is even harder to afford, according to the report, with the fifth-highest housing wage required. Working at minimum wage ($8.38/hr), you would have to work 100 hours each week to afford a modest, one-bedroom apartment at Fair Market Rent.