Report: Cameron Johnston is no longer the Eagles' punter 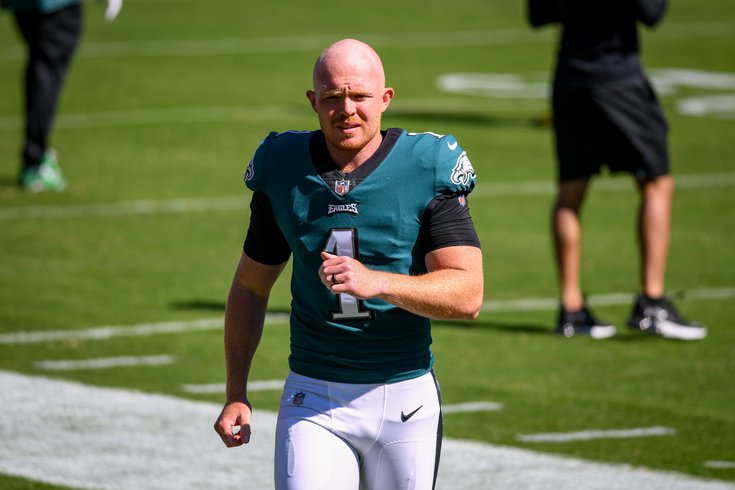 Cameron Johnston before the Philadelphia Eagles game against the L.A. Rams at Lincoln Financial Field.

The Cameron Johnston era in Philadelphia is over. The Eagles' now former punter has signed with the Houston Texans on a three-year deal, according to Mike Kaye of NJ.com.

The deal includes a $1 million signing bonus and $3 million in guaranteed money.

Johnston did not have a good season in 2020, and was a restricted free agent whose tender amount would have been $2,183,000. The Eagles were right not to pay that, and it's a weird signing by the Texans, frankly.

The Eagles do have another punter on the roster. That would be Arryn Siposs, who the team signed to a futures contract in January. The Eagles could also add another punter and have a competition in training camp. Please God, I don't ask for much. Give me that. 🙏