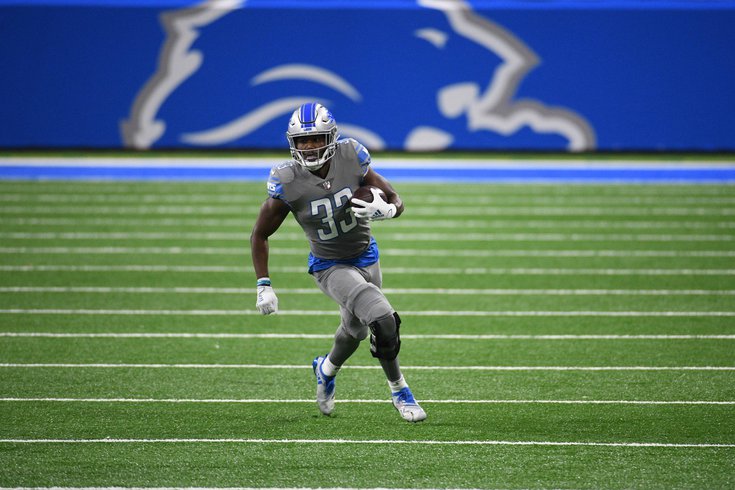 The Philadelphia Eagles announced on Friday that they were awarded RB Kerryon Johnson off of waivers. Johnson had been waived by the Detroit Lions on Wednesday.

Johnson was a second-round pick of the Lions whose career got off to a fast start, but who saw his yards per carry average decline in each of his next two seasons. Johnson suffered a sprained left knee that caused him to miss six games in 2018, and a torn meniscus that caused him to miss eight games in 2019. As you can see in the photo at the top of this article, he wore a bulky knee brace in 2020, and as you can see below, he only carried the ball 52 times last season.

Johnson is an low-risk addition. He will count for $1,366,869 on the 2021 cap, with no penalty to release him. The meniscus tear in 2019 is a concern, but he's worth taking a look at in camp, given his age (he turns 24 in June), usage (only 283 career carries), and upside. It's not often that the Eagles are awarded waiver claims like this. Then again, it's also not often the Eagles finish 4-11-1 and are sixth in the waiver claim order.