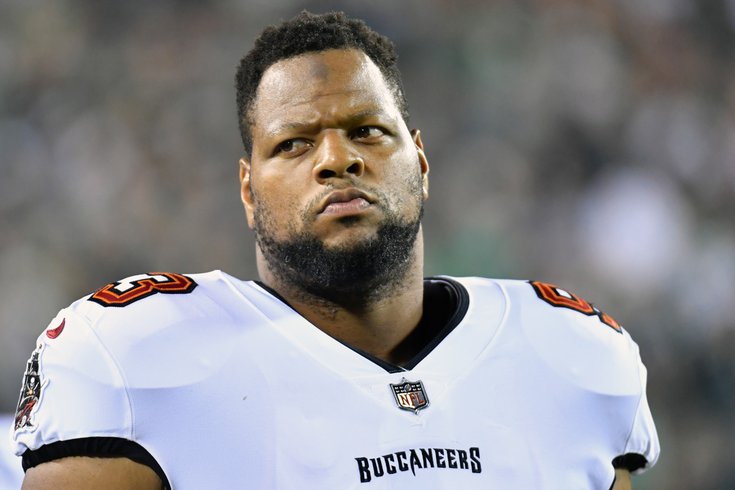 The Philadelphia Eagles are signing DT Ndamukong Suh to their defensive line rotation, according to a report from Ian Rapoport of NFL Network. He apparently handpicked the Eagles as the team he wanted to play for.

Ndamukong Suh has made it clear in recent weeks the wanted to play for the #Eagles. So Philly said … uh, sure. He joins Linval Joseph and veteran DT additions this week. https://t.co/oKprytewsW

The Eagles placed DT Jordan Davis on injured reserve two weeks ago, and DT Marlon Tuipulotu joined him on Wednesday. In their Monday night loss to the Washington Commanders, Fletcher Cox played 70 snaps, and Javon Hargrave played 66. Cox said on Wednesday that he "feels like sh*t" after having being overworked in that game.

Fletcher Cox was asked about playing 70 snaps vs. Washington, the most he's played in four seasons, and how he felt two days later:

"You want the truth? I feel like shit. It ain't a good feeling, but you do what you need to do to win the game. Seventy snaps in 70 snaps." https://t.co/xWWIqyDifD

The Eagles are doing something about it. With their depleted interior defensive line, Howie Roseman added 34-year-old run stuffer Linval Joseph on Wednesday. Apparently, they weren't done.

Suh has 12 NFL seasons under his belt. He played five seasons with the Detroit Lions, three with the Miami Dolphins, one with the Los Angeles Rams, and the last three with the Tampa Bay Buccaneers, where he won a Super Bowl in 2020. Suh has a certain reputation around the league. Depending on your perspective, he could be viewed as either intense, or, uh, dirty.

Suh was still a productive player in Tampa, as he had six sacks in each of his last two seasons there. He has also been an incredibly durable player throughout his career. He missed two games in 2011, but has otherwise never missed a game if you excuse his unemployment through the first half of the 2022 season.