Liacouras was responsible for transformation of main campus, promoting diversity 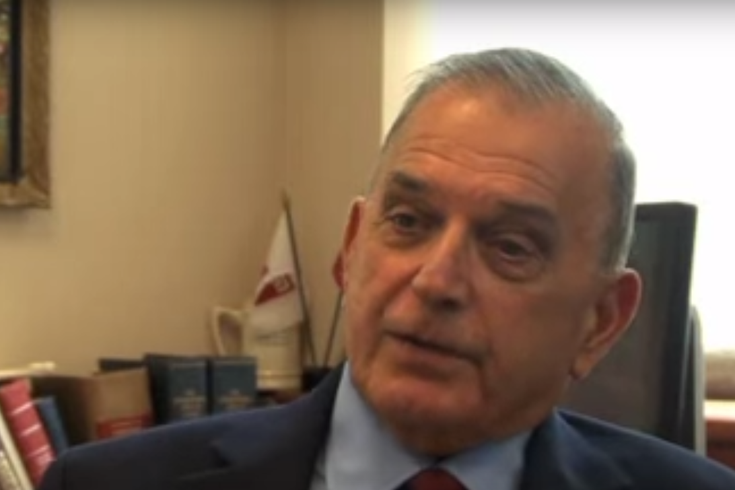 A man who, by all accounts, had a love of Temple that was matched by the work he did to champion the university, Liacouras served as president from 1982 to 2000. Previously, Liacouras was dean of Temple's Beasley School of Law from 1972 to 1982.

During his tenure, Liacouras worked tirelessly to transform the image, makeup and academic prowess of Temple and is, in many ways, responsible for the way students, graduates and faculty perceive the university today.

One of Liacouras' most notable accomplishments as president was the development of a residential main campus, a move that saw $900 million in capital projects give rise to facilities across the campus, including the construction of the basketball arena now named in his honor.

That's just a sliver. Temple absolutely boomed while Liacouras was in charge. From a 2008 profile in The Temple News:

During his administration, the university’s budget had well more than tripled to $1.26 billion in June 1999. The university’s endowment skyrocketed from $15 million in 1982 to $109 million in 1999. He led the largest development program in the university’s history, giving way to campuses or sites in London, Paris, Athens, Tel Aviv, Ghana, Seoul and Beijing. In 2000, Temple included 17 schools and colleges attended by the largest professional student body in a public university in the country.

Thought of this after reading of Peter Liacouras' passing from @jensenoffcampus. A great photo from @hua_zong pic.twitter.com/EgmDFddUJz

Under Liacouras' presidency, Temple's diversity — in both ideas and among the student body — shot up, according to a university profile.

The inclusion and success of African-American students were something Liacouras was keenly aware of and made a priority.

Columnist Acel Moore, who died earlier this year, wrote this at the time of Liacouras' retirement announcement in 1999:

In my tenure of four decades as a journalist here, I can't think of any other white college president who has done more than Liacouras to promote diversity and provide access to those who traditionally have been left out or excluded. Under his presidency, Temple has been a leader among this nation's predominantly white schools in conferring baccalaureate degrees to African Americans.

Sprinkled within those bold undertakings are feats that, while seemingly small, changed the culture and image of Temple in intangible ways. After all, Liacouras, as he told The Temple News, is responsible for the unmistakable Temple "T."

"Peter was a man of vision and determination,” President Neil D. Theobald said in a statement. “He loved Temple and would do anything he could for the university's greater good, whether that was before, during or after his term as president."

In 2010, he had a stroke that left him unable to speak. However, his sharp wit was not impaired, according to a Philadelphia Inquirer story last year.

Liacouras was tuned in when Temple's football team, then undefeated, took on Notre Dame in front of the nation, according to the story.

"Peter's energy and enthusiasm for Temple was contagious," board of trustees Chairman Patrick J. O'Connor said in a statement.

According to the Inquirer, Liacouras is survived by his wife, Ann Myers Liacouras; his sons, Greg, Stephen and James; his daughter, Lisa; his two sisters, Helen Lambros and Aliki Brandenberg; three grandchildren; and nieces and nephews.

A memorial service for Liacouras will be held at 11 a.m. Friday, May 20, in the Temple Performing Arts Center, located at 837 N. Broad St.